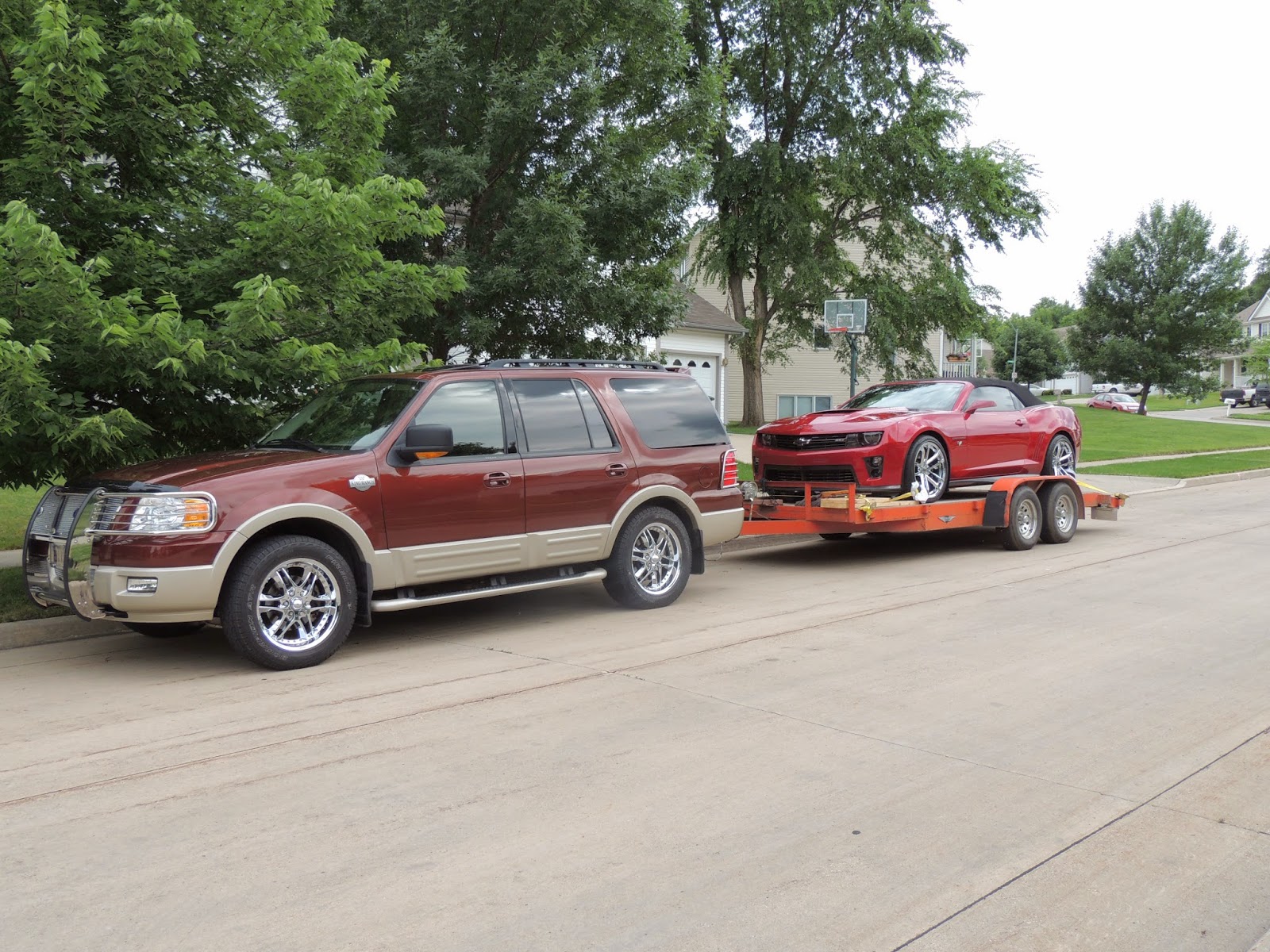 I have so much to share that I really don't know where to even begin so I guess we will start with the trip to South Dakota photos I promised in last post.  I really must start posting more often to cut down on the length of my posts.  I'm starting to feel like a short story author due to their length.

We were headed to the Camaro Rally in Sturgis, SD by way of a visit with Bill's Uncle and cousins in another part of South Dakota.

We headed out on a Tuesday morning with our Camaro securely tied down on a trailer - or so we thought!  When he hit the first rest area and checked how things were, we found one tie down flopping in the breeze.  We are so thankful it did not bounce back up and hit the Camaro.  If it had, I think Bill would have been crying.  Resecured and back on the road and things were going really well - right until we made our first stop for gas and Bill realized he had left the money for the trip at home in his pants pocket in the dirty clothes.  Thankful again that he had given me a portion of the money to tuck away in my purse so we were good until we got to an ATM at our final destination.  Again on the road and moving right along until we realized we had taken a wrong turn and Bill did a U-turn.  An illegal U-turn we found out when stopped by the police officer.  Lucky for us he was a nice guy and after checking what they check he let us go on our way with only a warning.  Whew!

After arriving at Bill's family we sat down to a lovely dinner prepared by the cousin's wife only to have it not agree with Bill's stomach who then spent the rest of the evening sick.  I'm pleased to report after a good night's sleep he woke up feeling his old self and enjoyed a wonderful visit with his family. 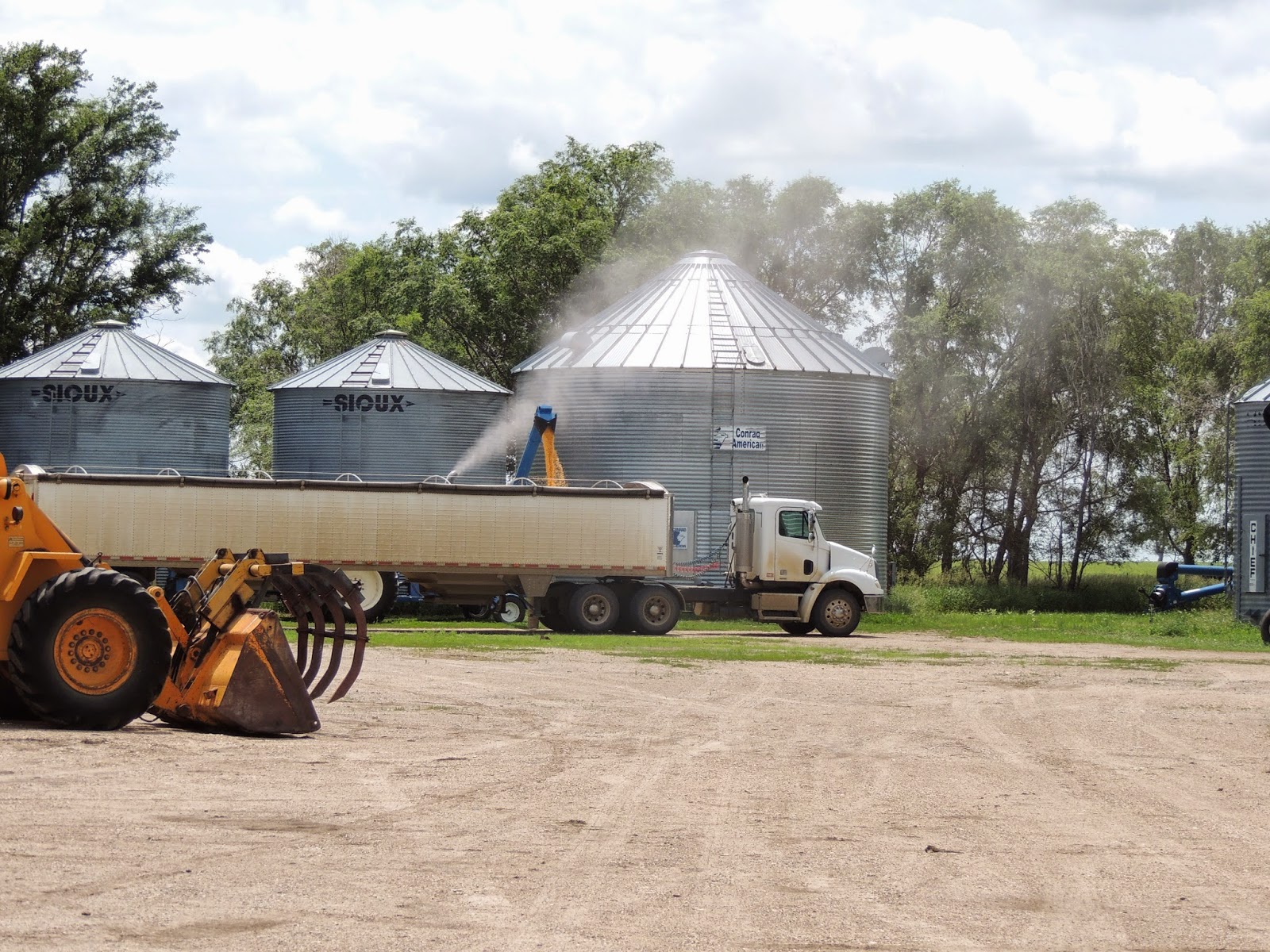 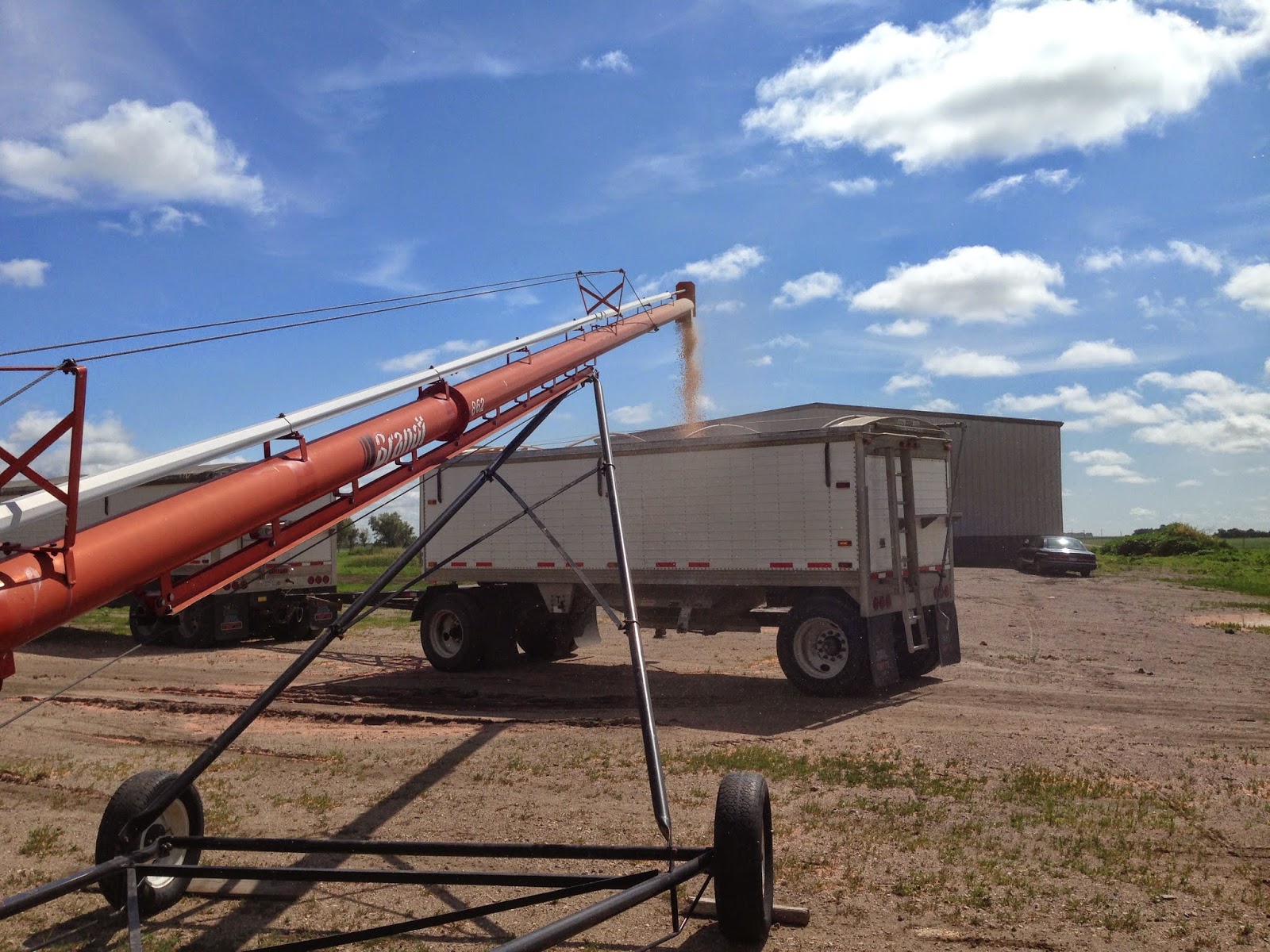 Bill spent the morning going with his cousin's to the grain elevator after filling 2 semi's and trailers.  It takes 50 semi loads to empty one bin.  YIKES! 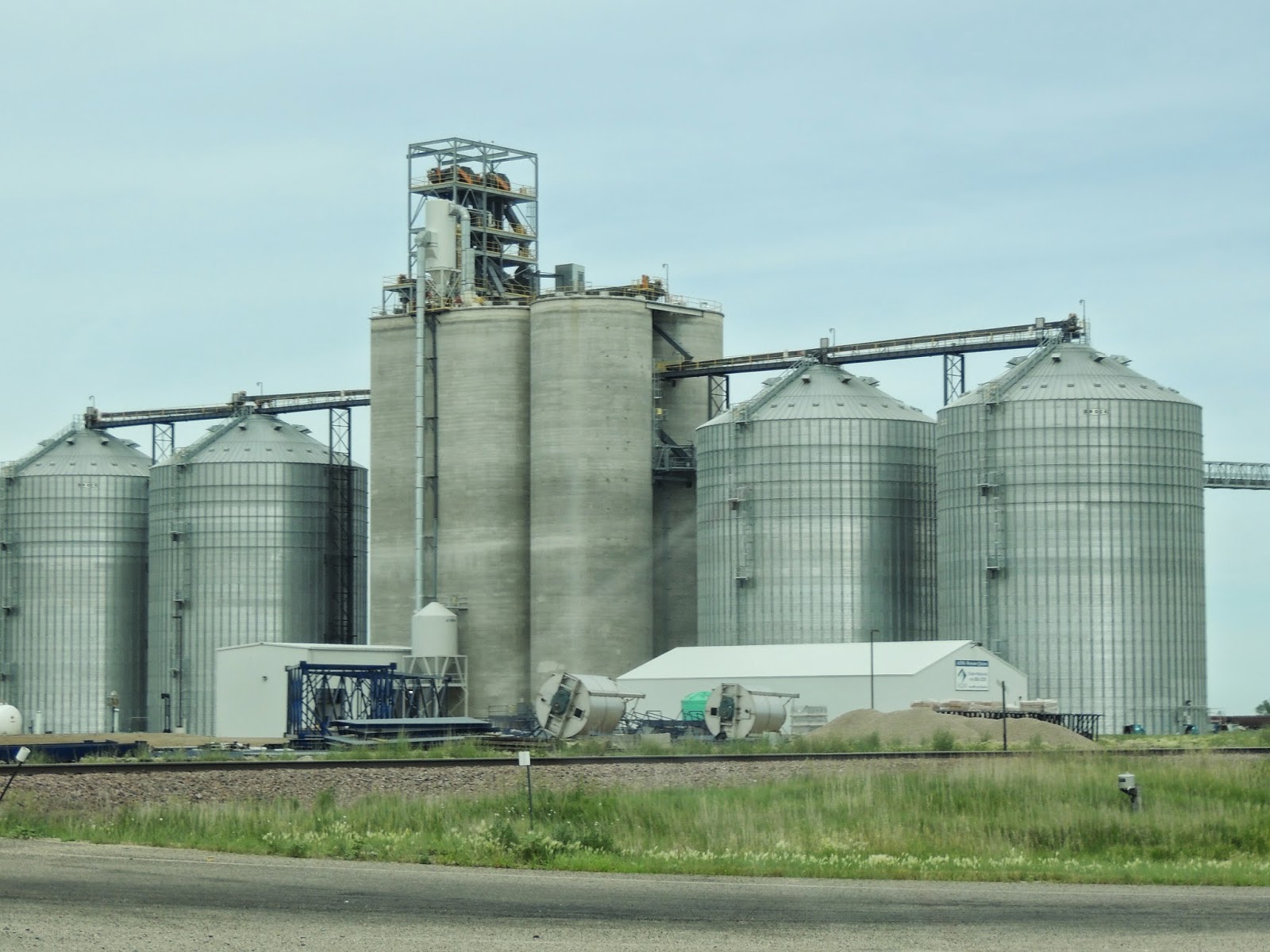 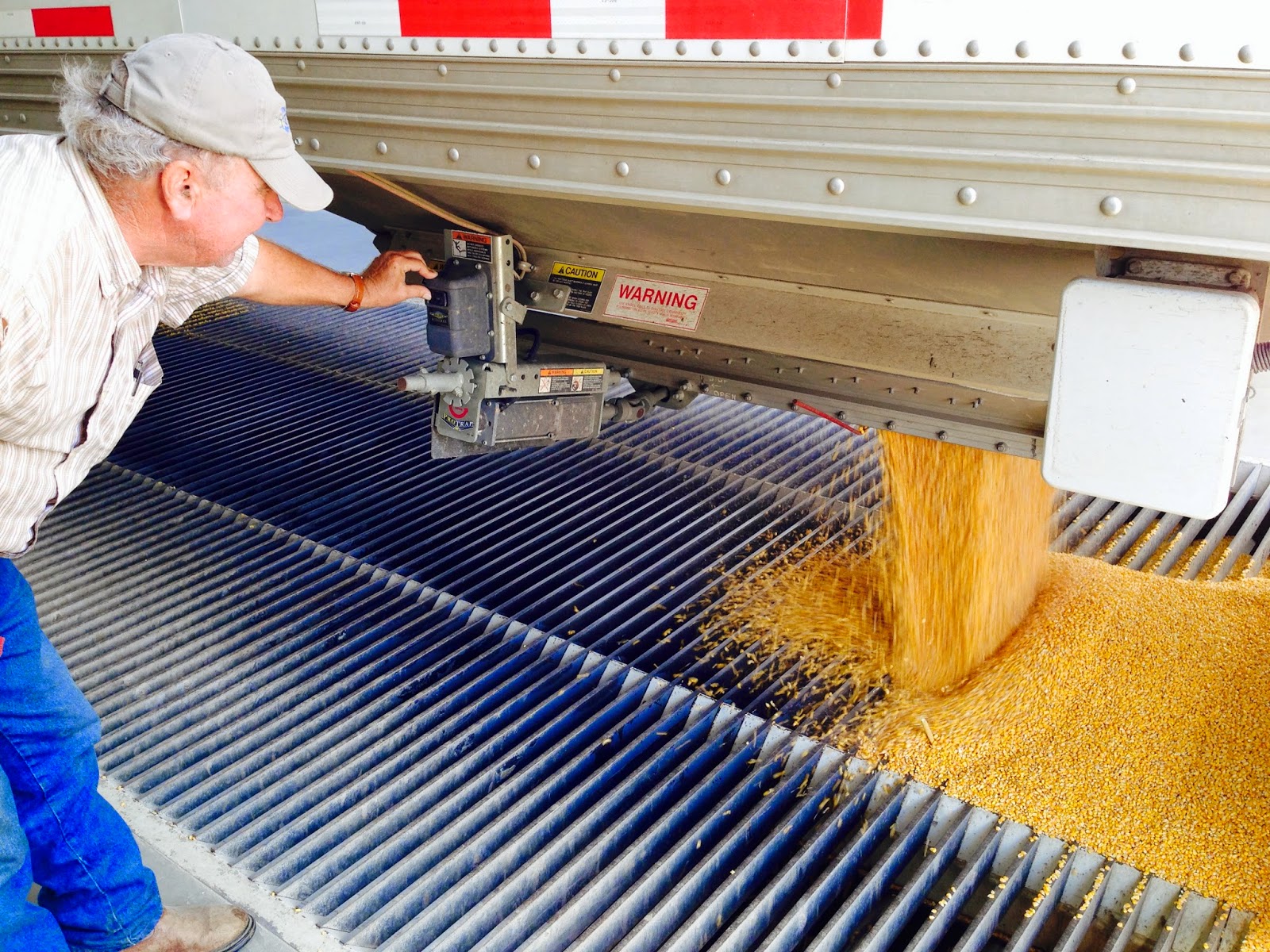 Keith and I spent our morning in a different way.  Cousin's wife took us to the neighboring farm where they raise buffalo to have a look. 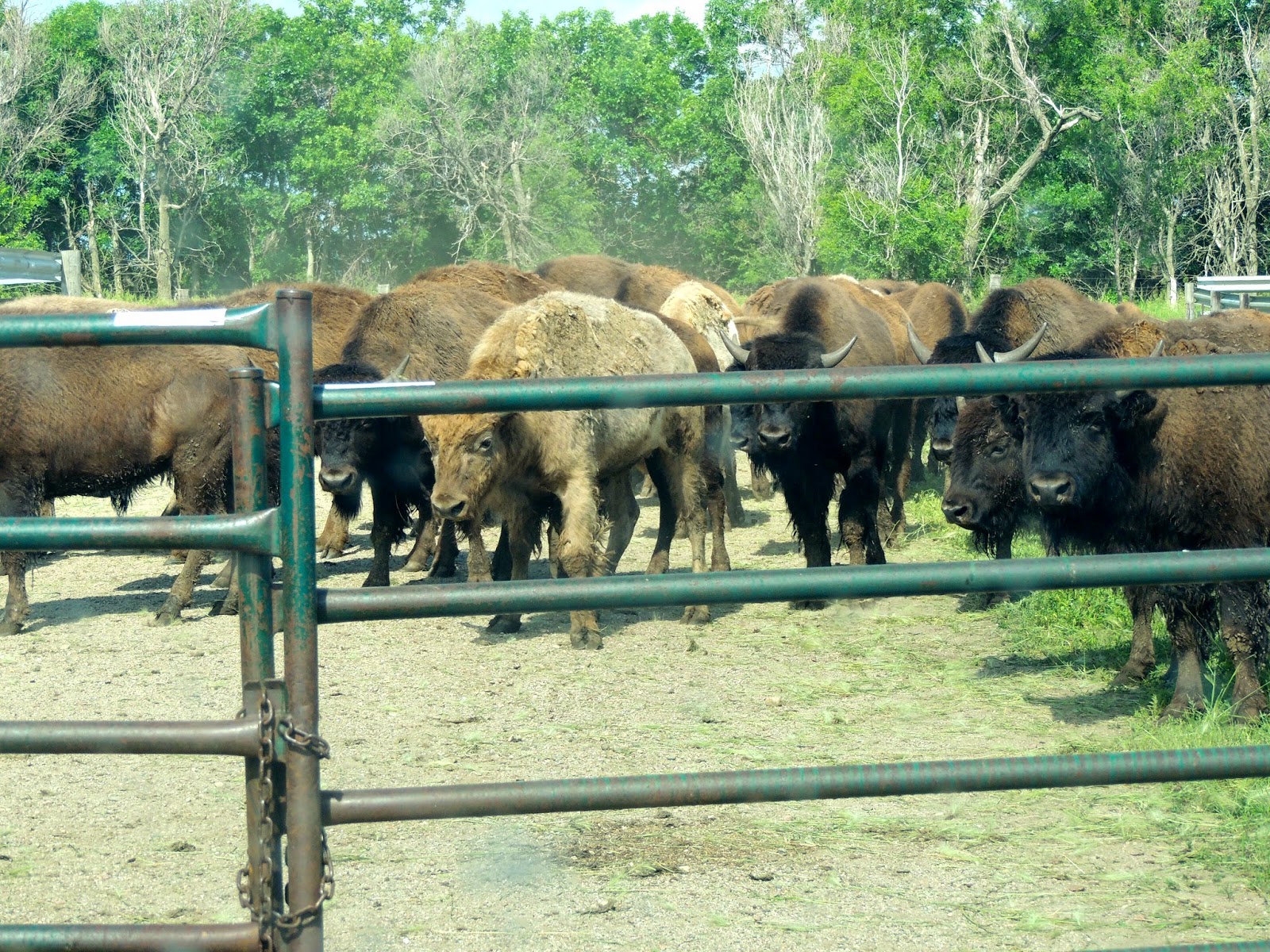 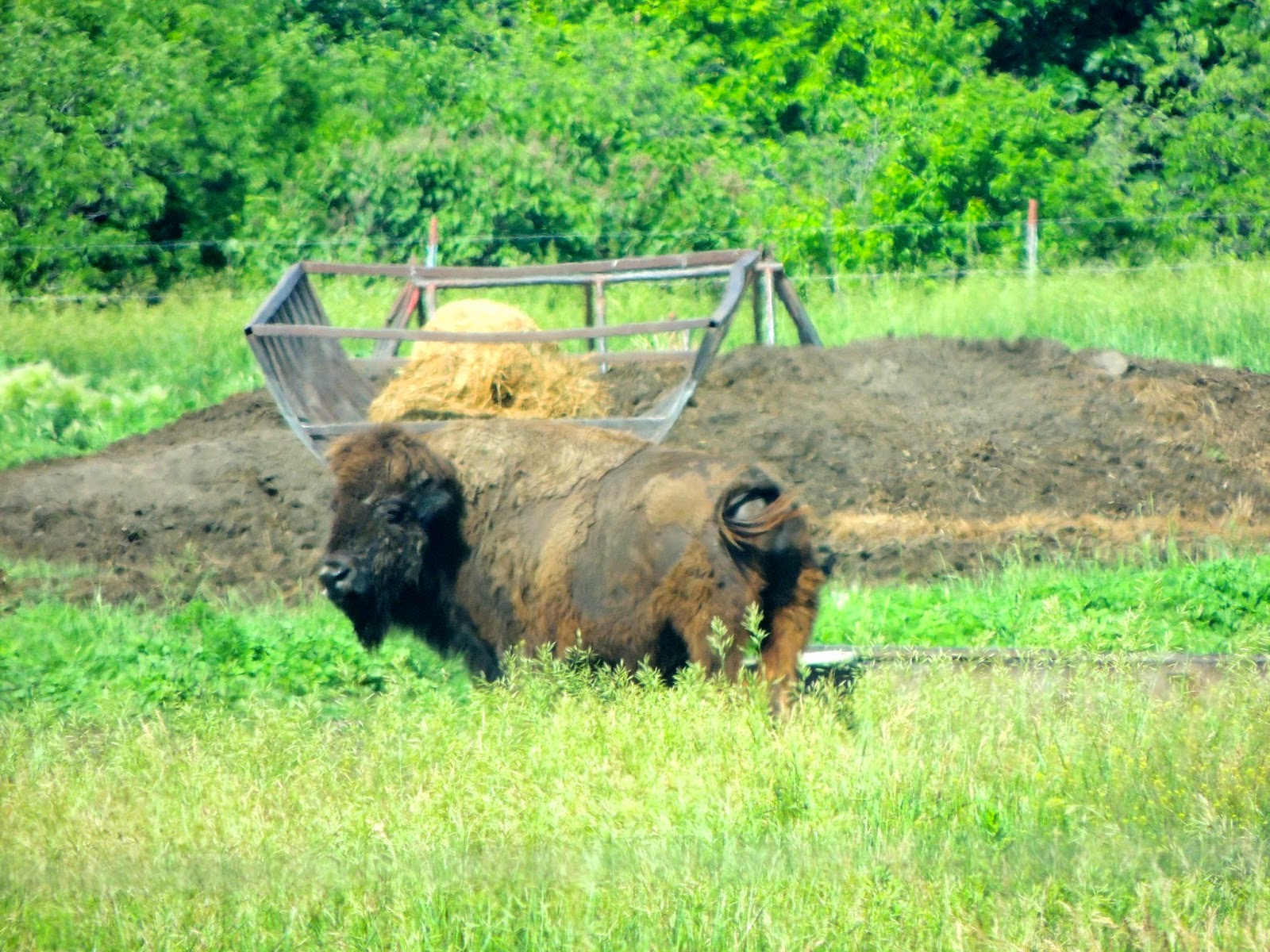 The picture on the left is a full grown buffalo while the herd on the right are all babies.  Yep, I said babies.  I 'm glad there was a fence between us.


Keith and I also enjoyed some time sitting out by the pond and near the arbor.  This arbor is built on top of a slab of cement that belonged to an old school that used to be on the property. 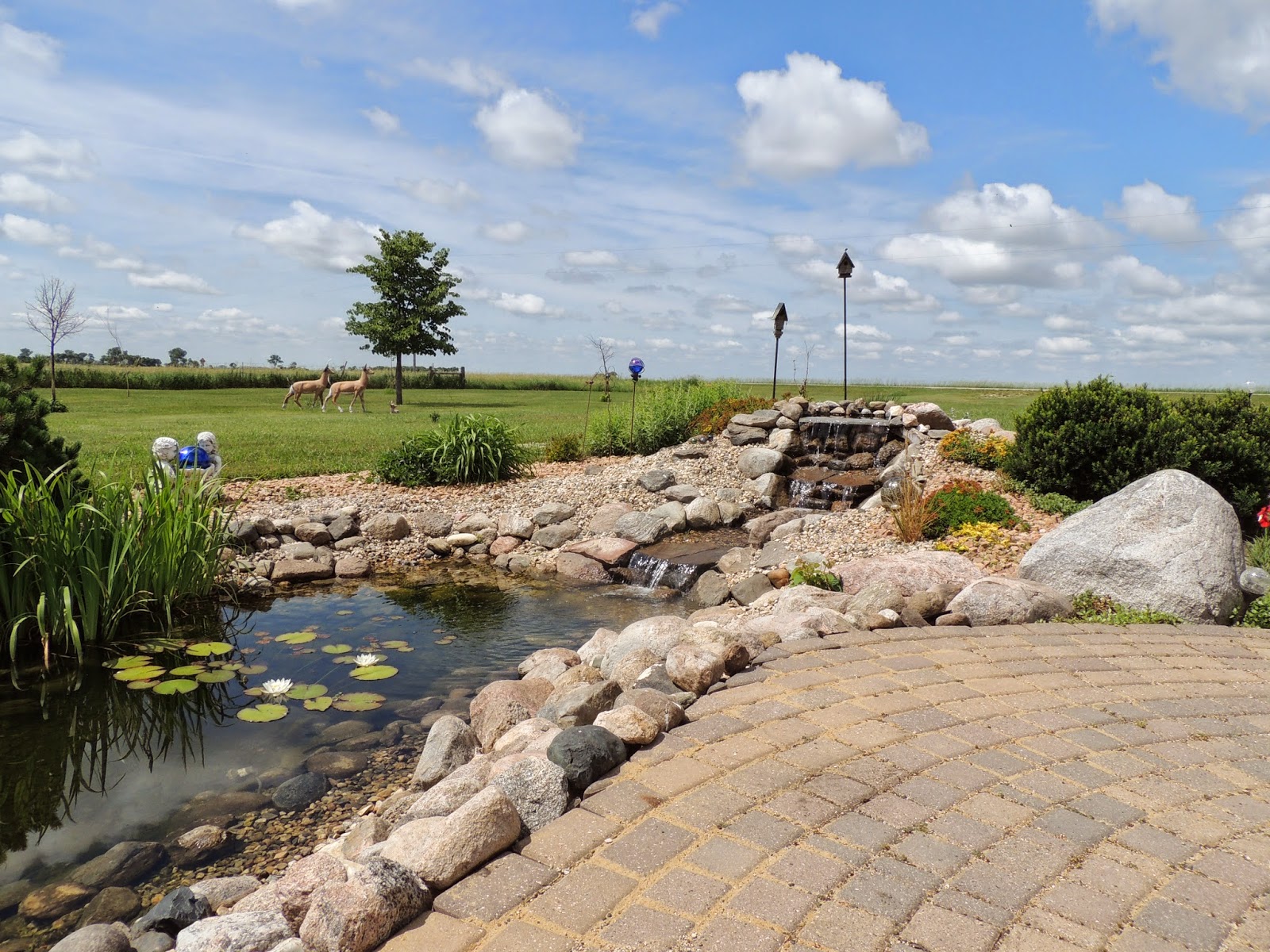 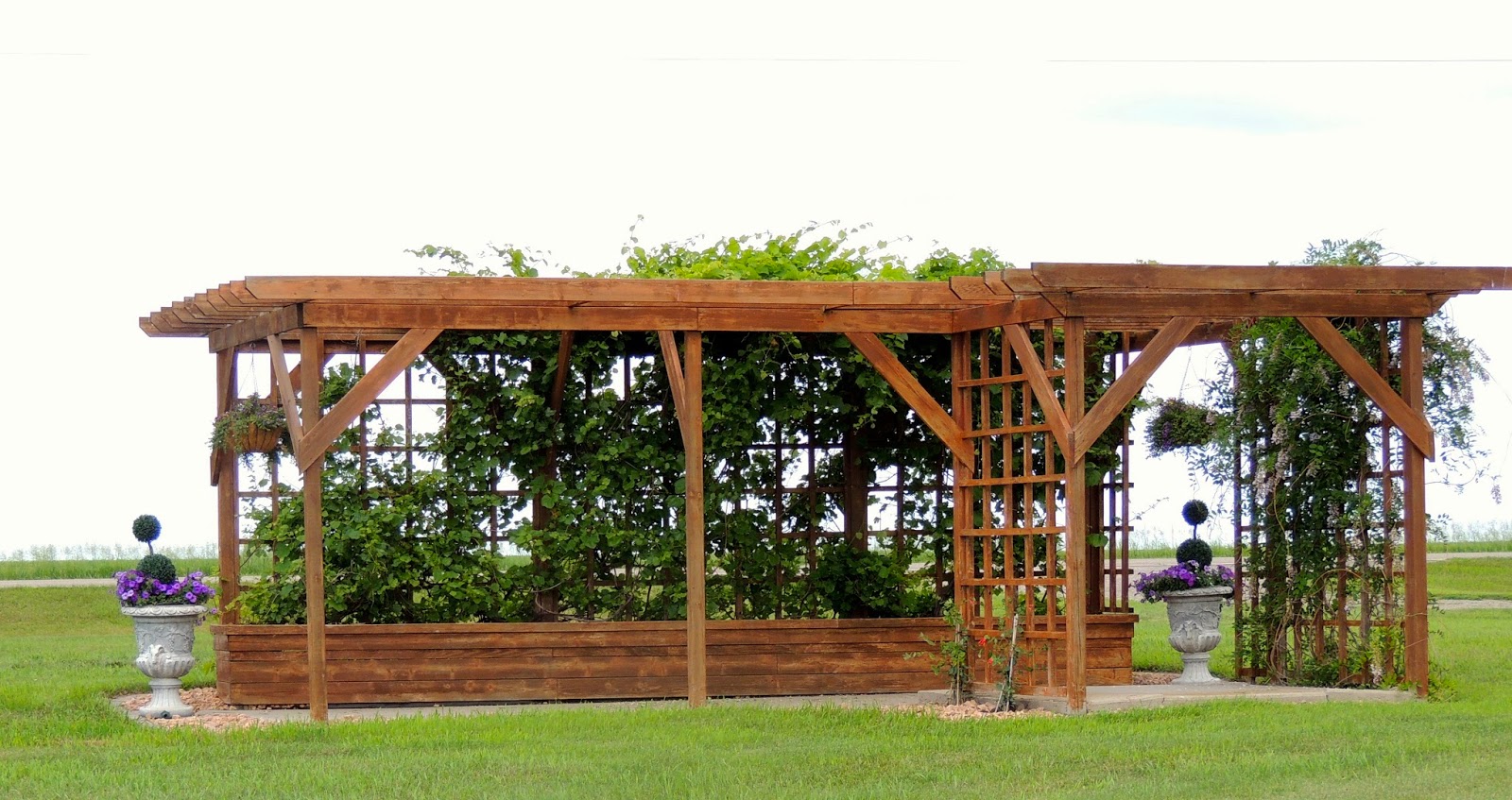 We also went over and had a driving tour of the Hutterite Colony and learned about their way of life.  Cousin's wife has a friend there so is quite knowledgeable.  I could never live the life they do as I was raised so differently but there is appeal in the fact that women no longer have to cook when they reach 40.  Be honest that would appeal to you too!

Later than same day Uncle Bob gave Bill, Keith and I a guided tour of all the old cars at various places around the property - and there were many!  So many that after supper that evening we went to another location and his cousin and uncle gave us another guided tour.  Here is just a small sampling. 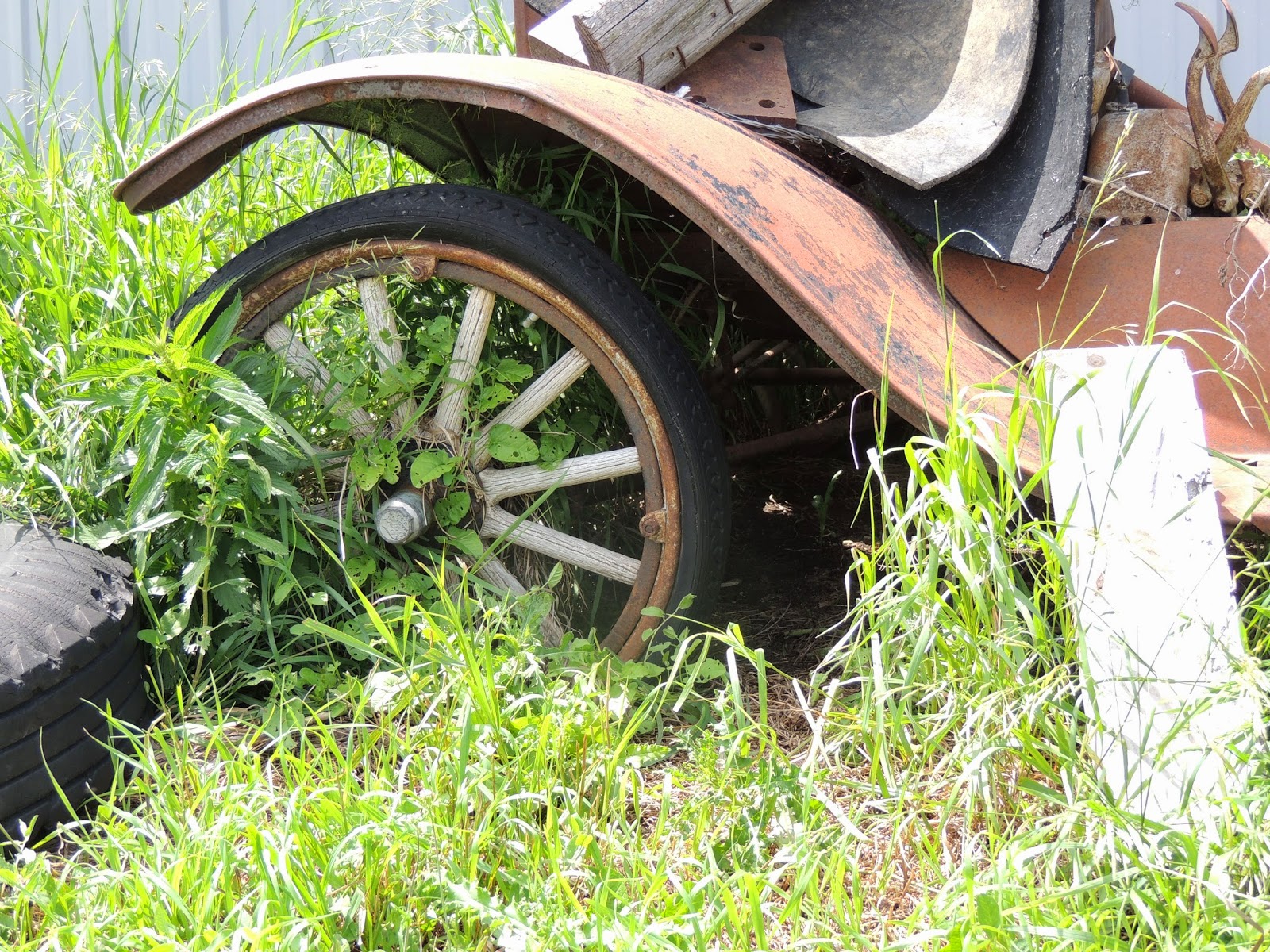 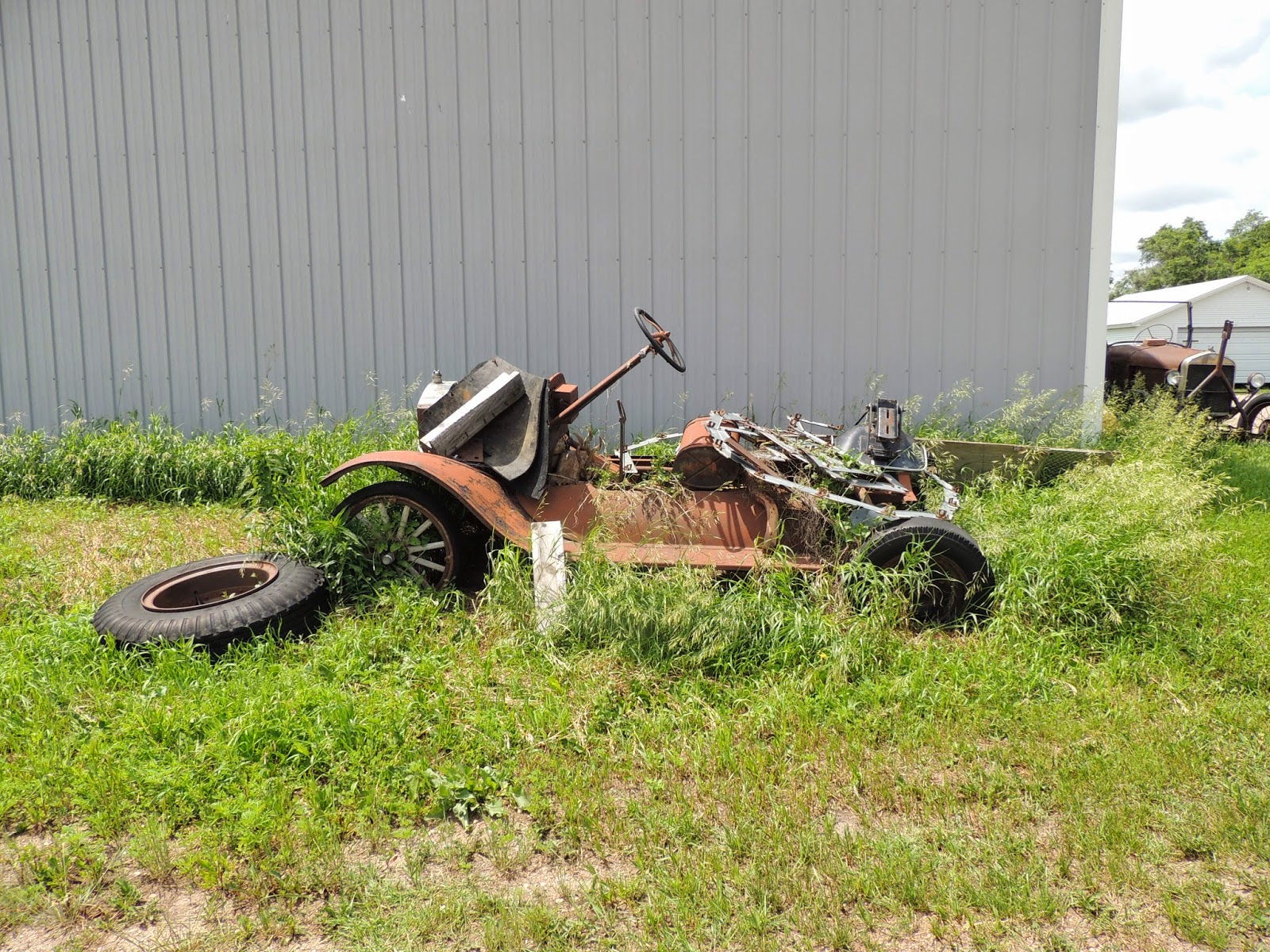 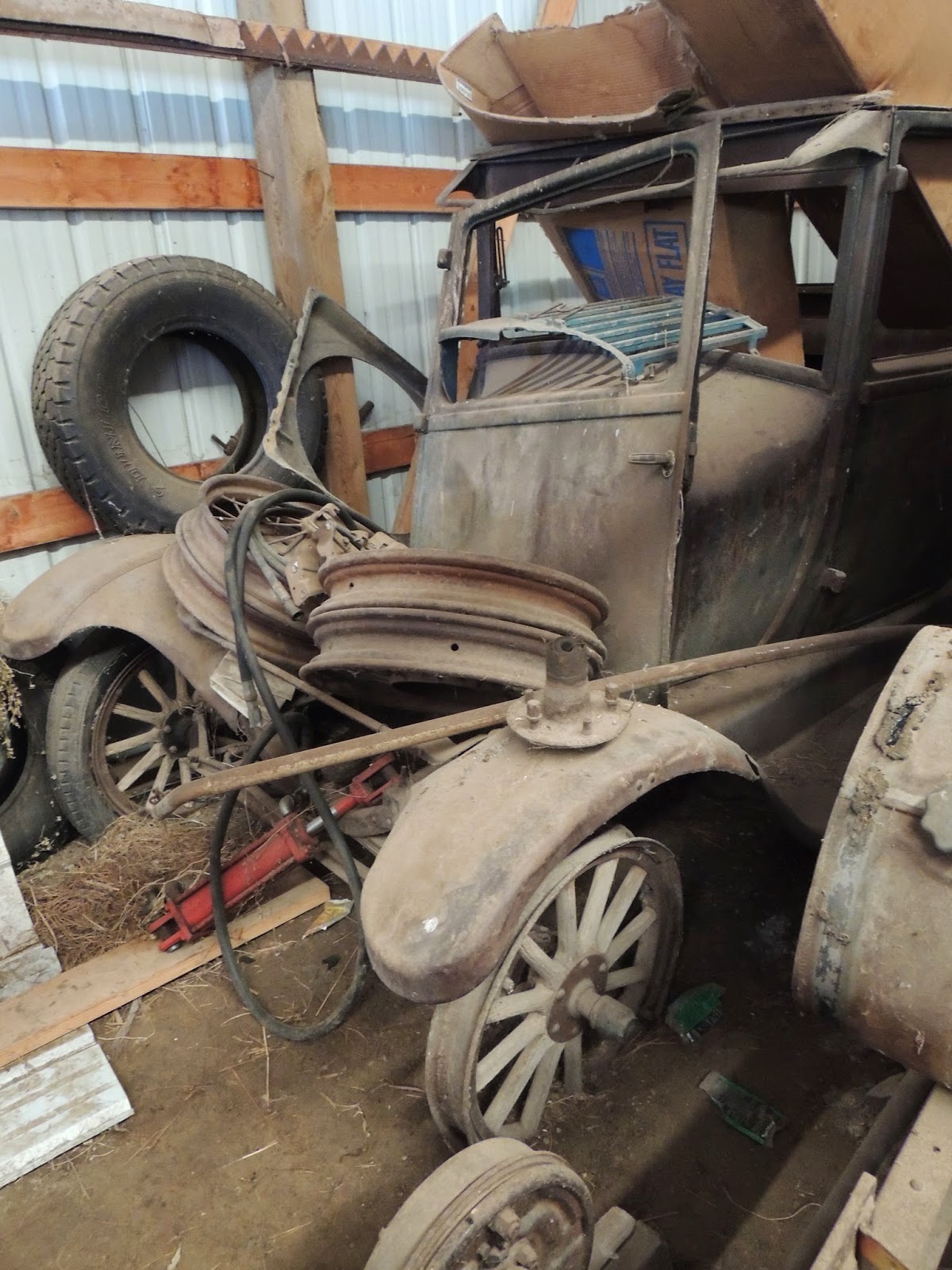 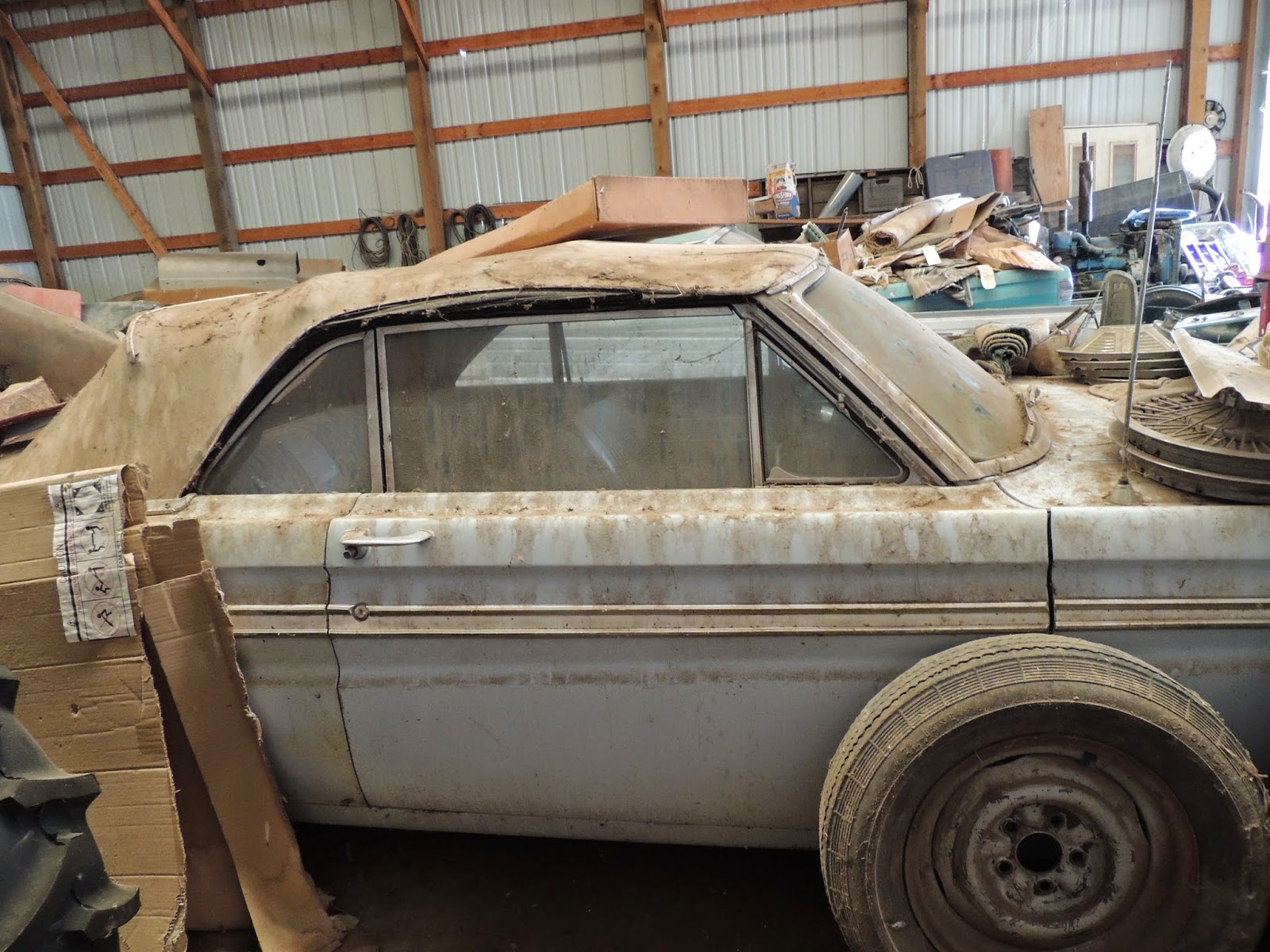 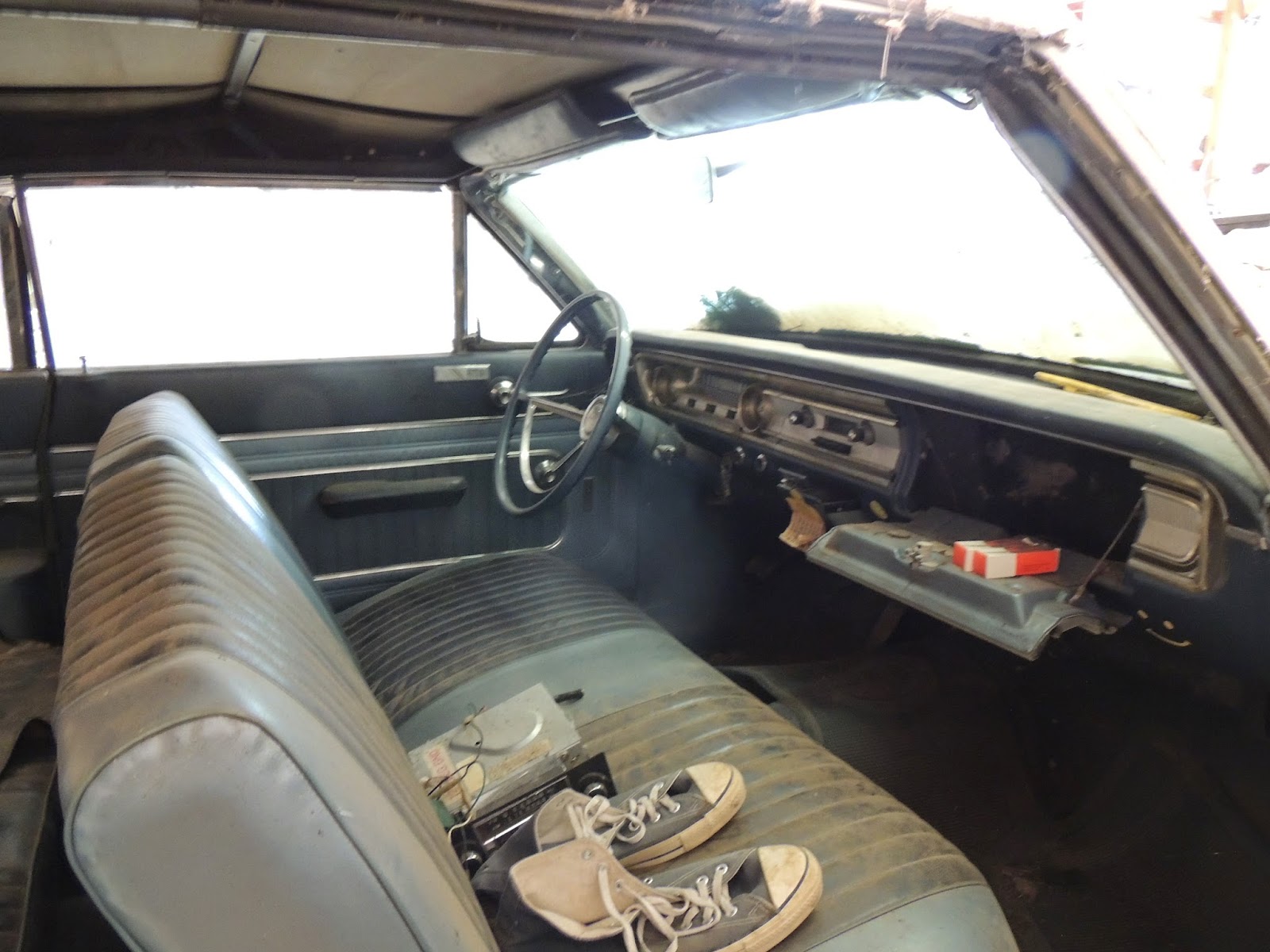 This one looks like someone just got out one day and left everything in it! 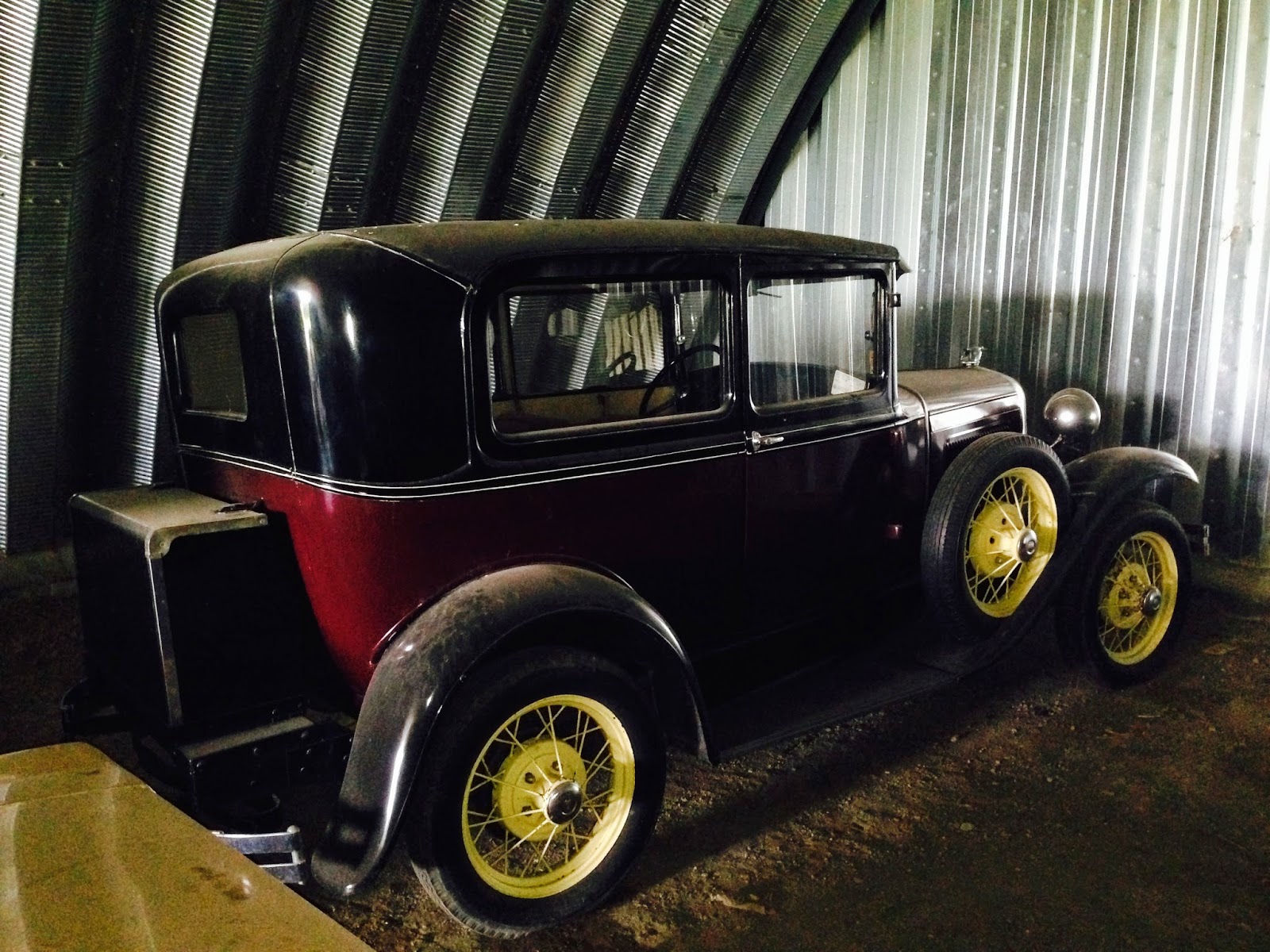 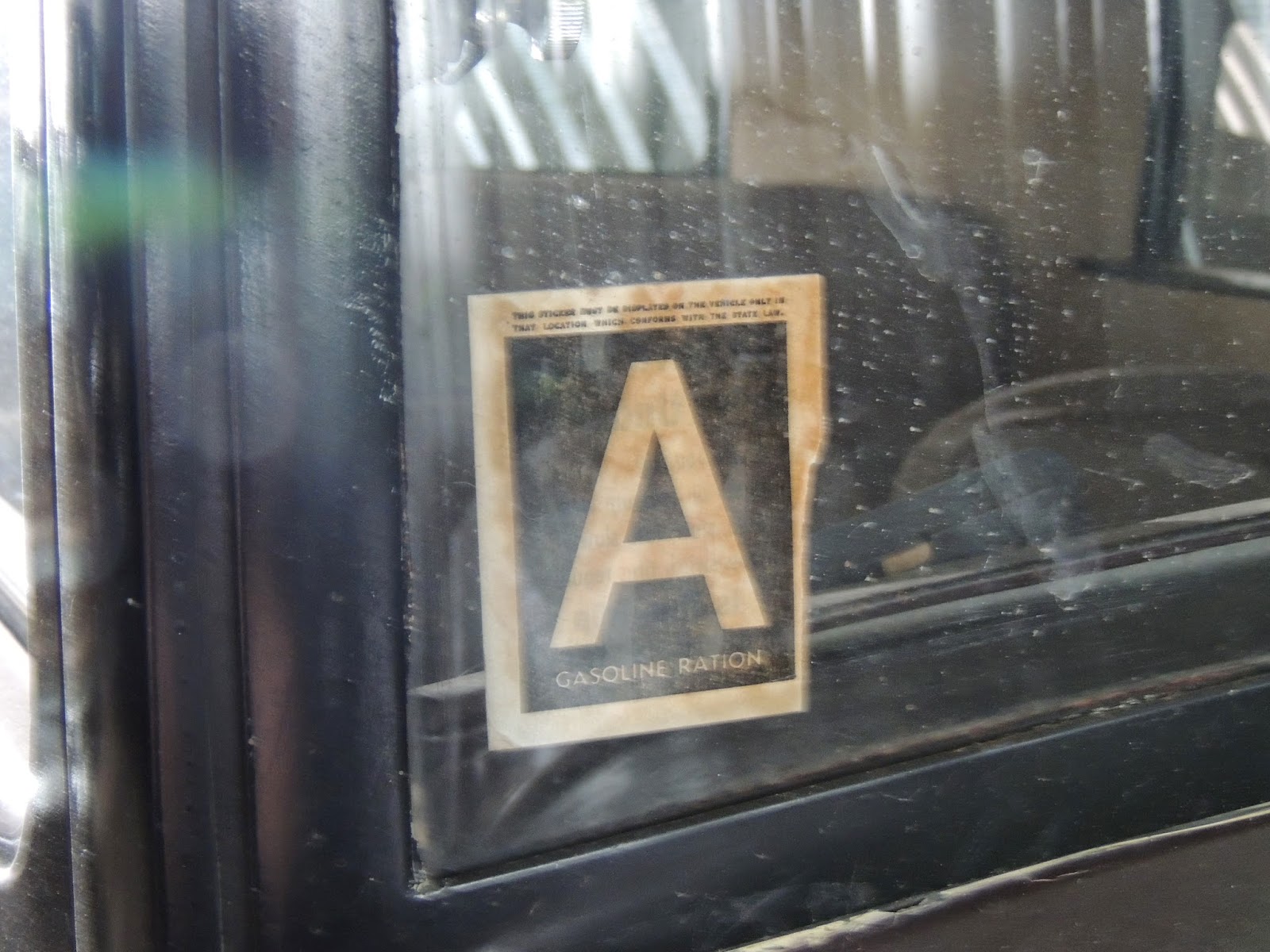 This one still has the gas rationing sticker from WWII around 1944 or 1945! 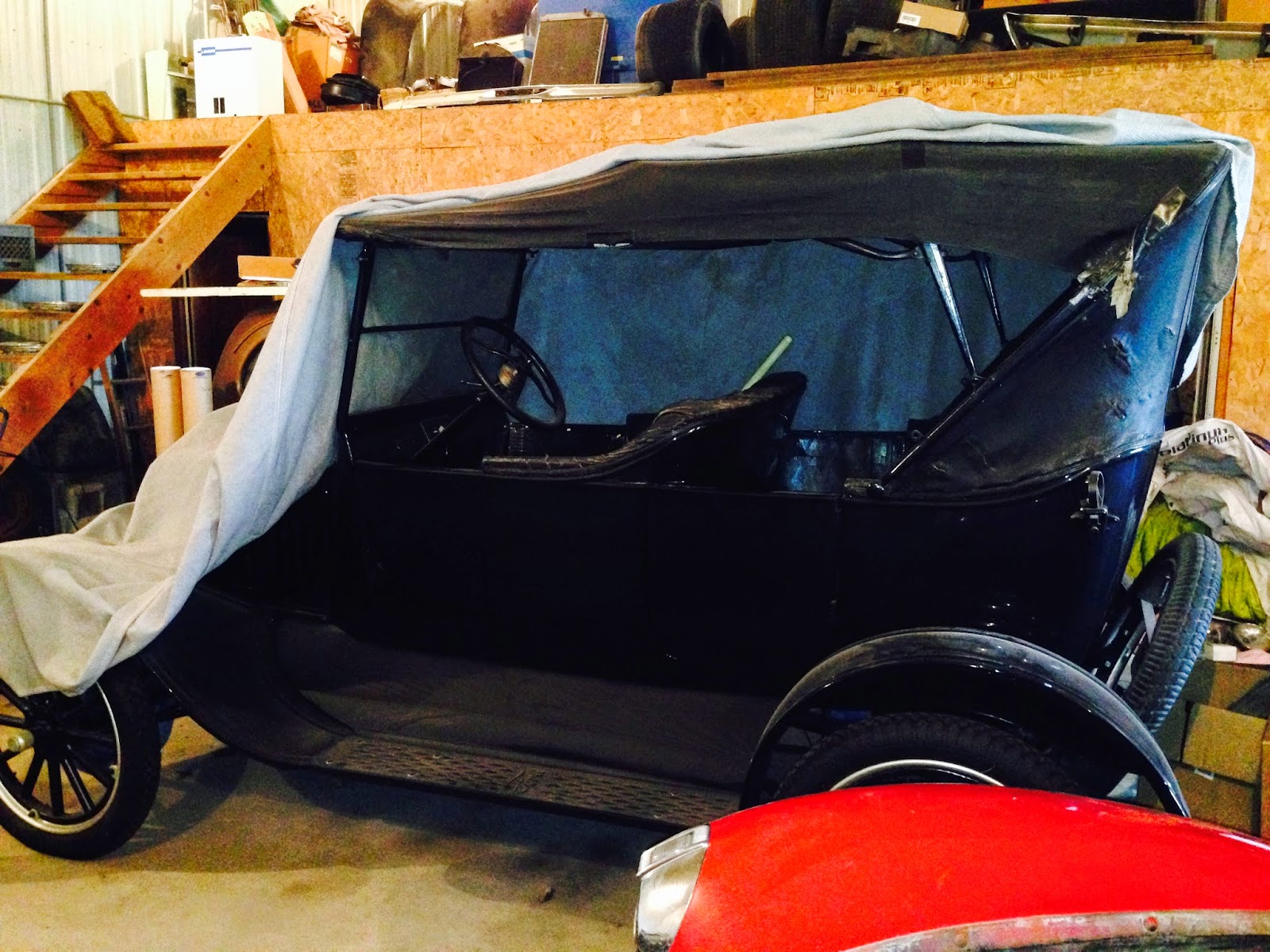 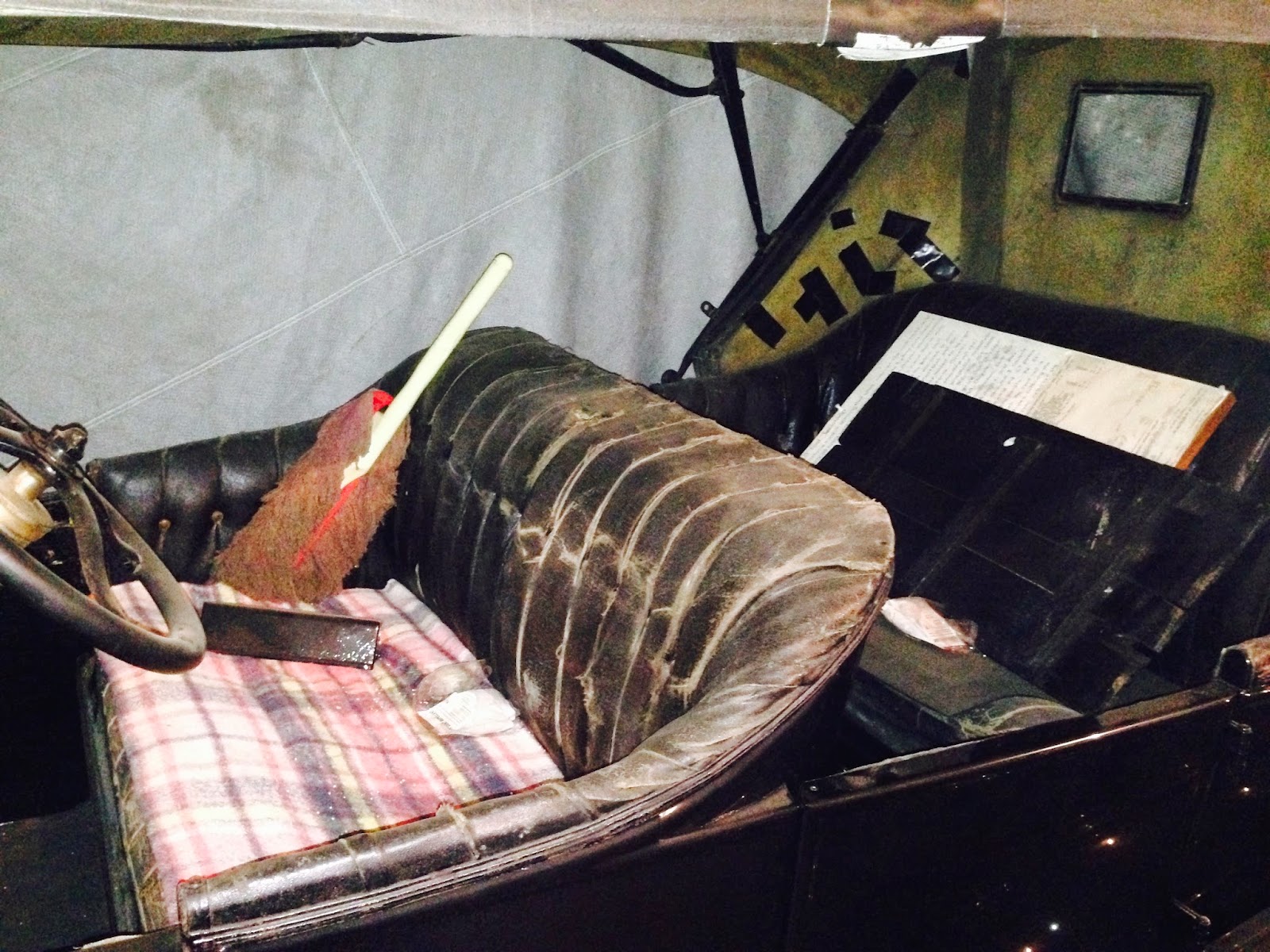 This one is all original!  If we remember correctly, it is a 1923 automobile.  TOTALLY AMAZING! 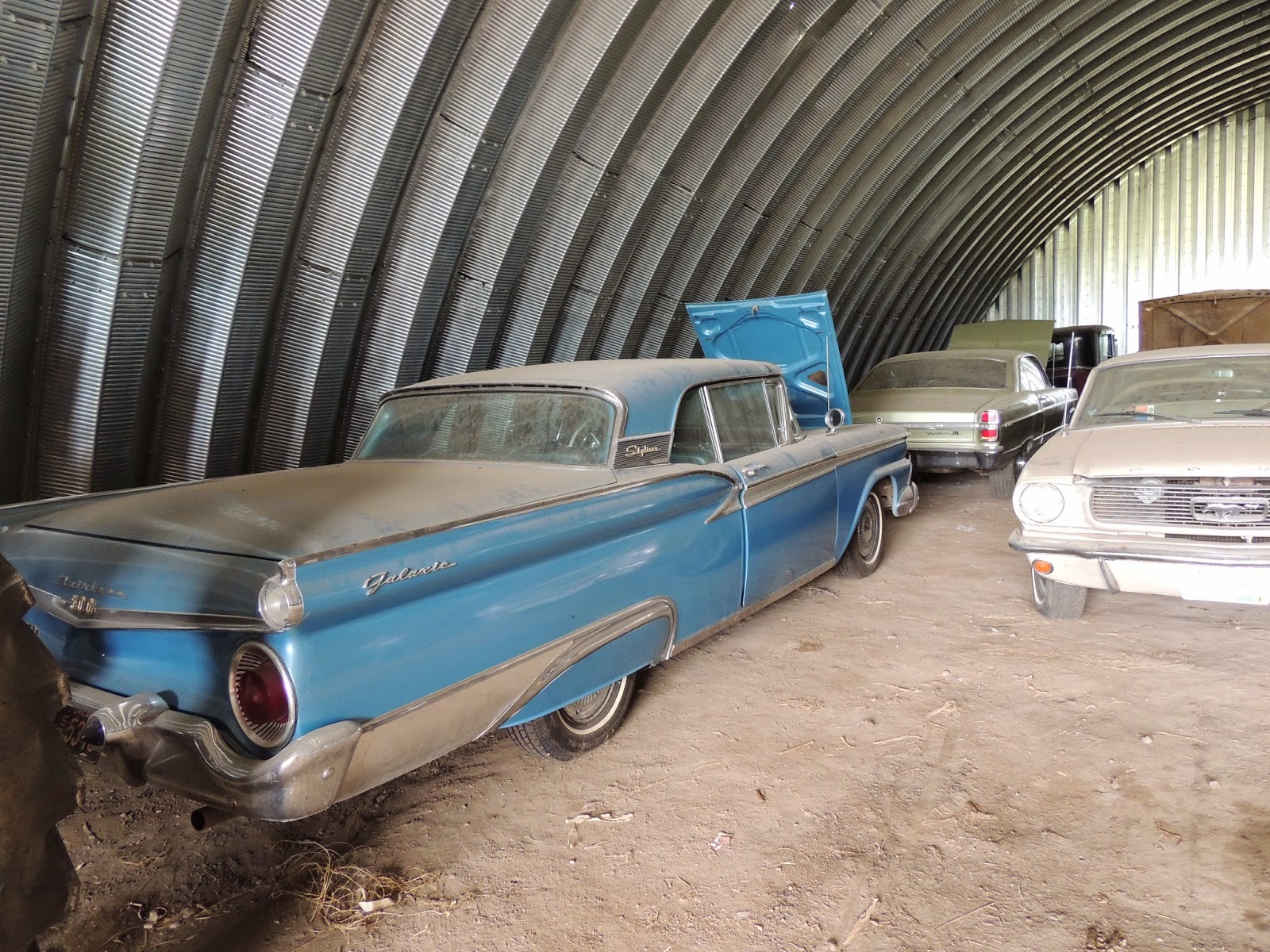 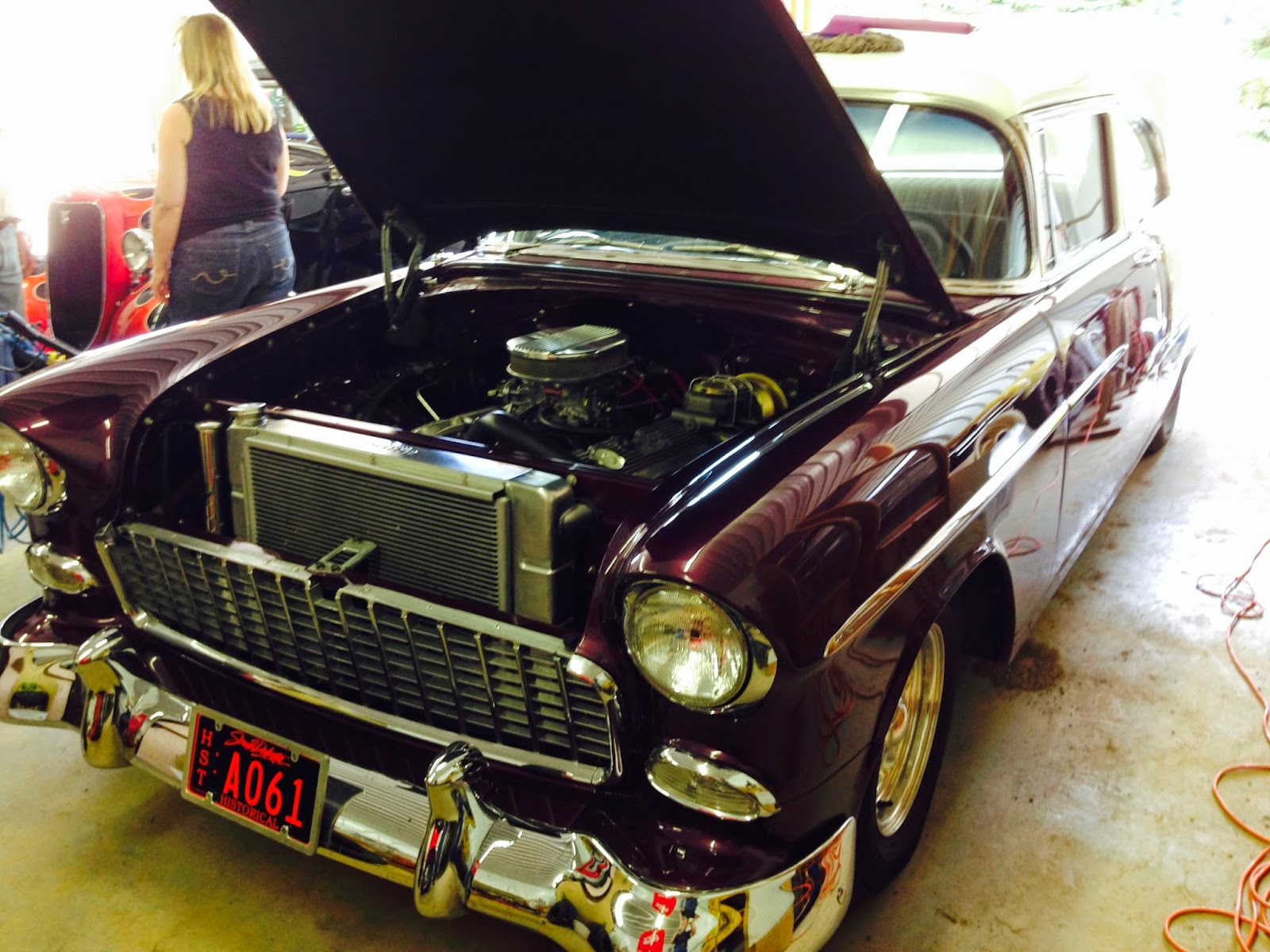 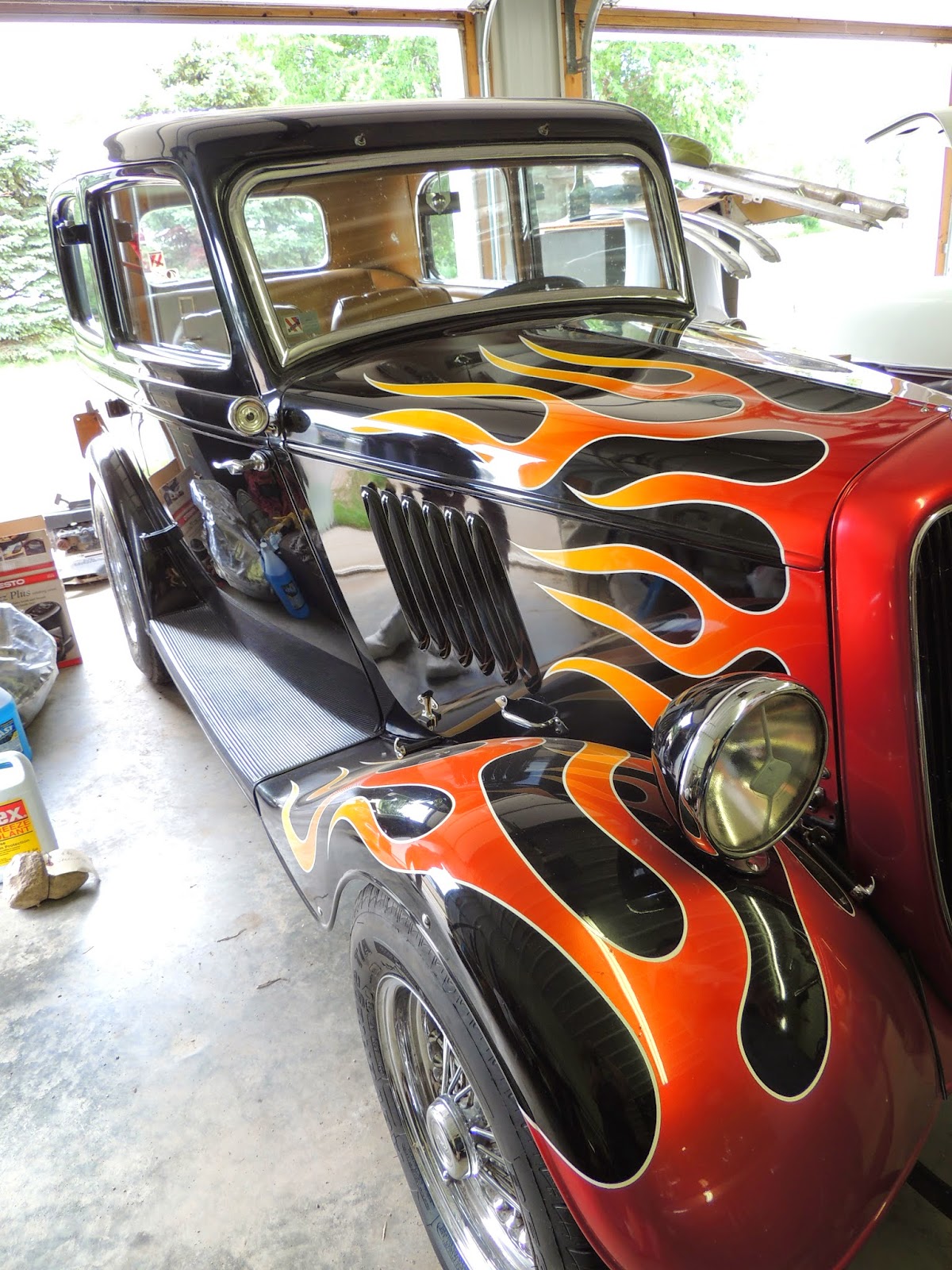 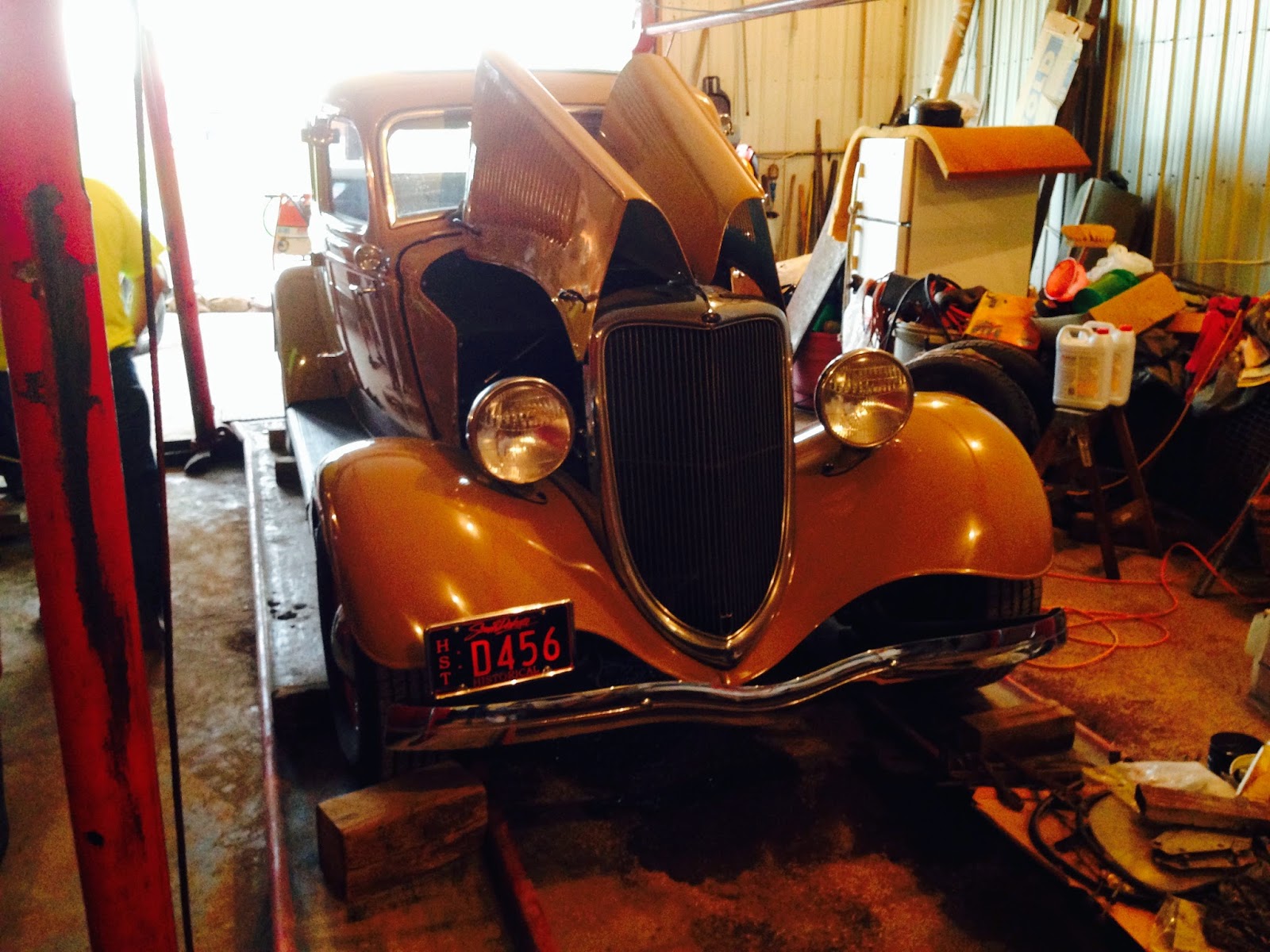 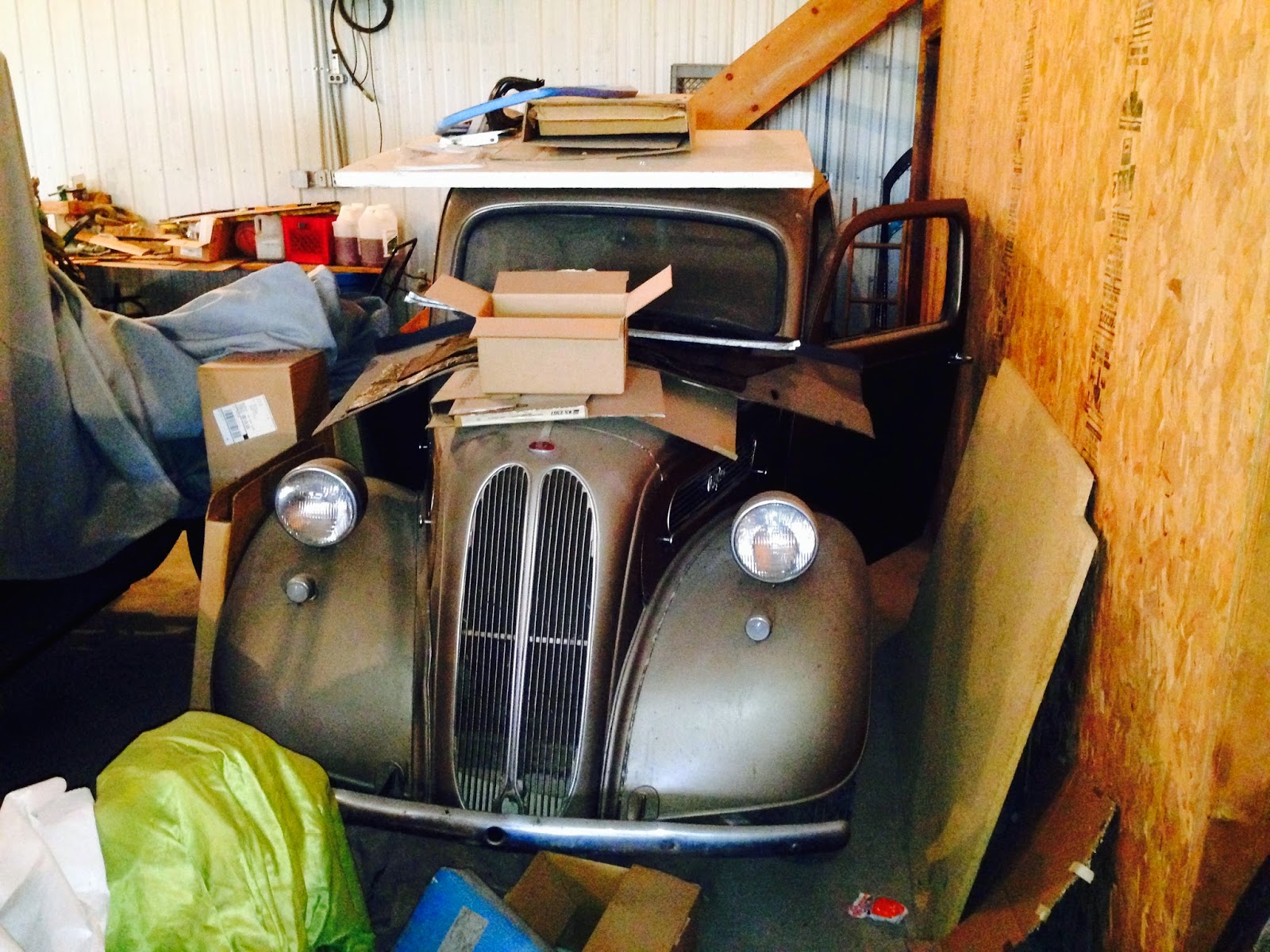 I think my favorite photos are of the old falling down houses, barns and old rusty vehicles in the fields.  This first photo is my favorite from the first part of our trip! 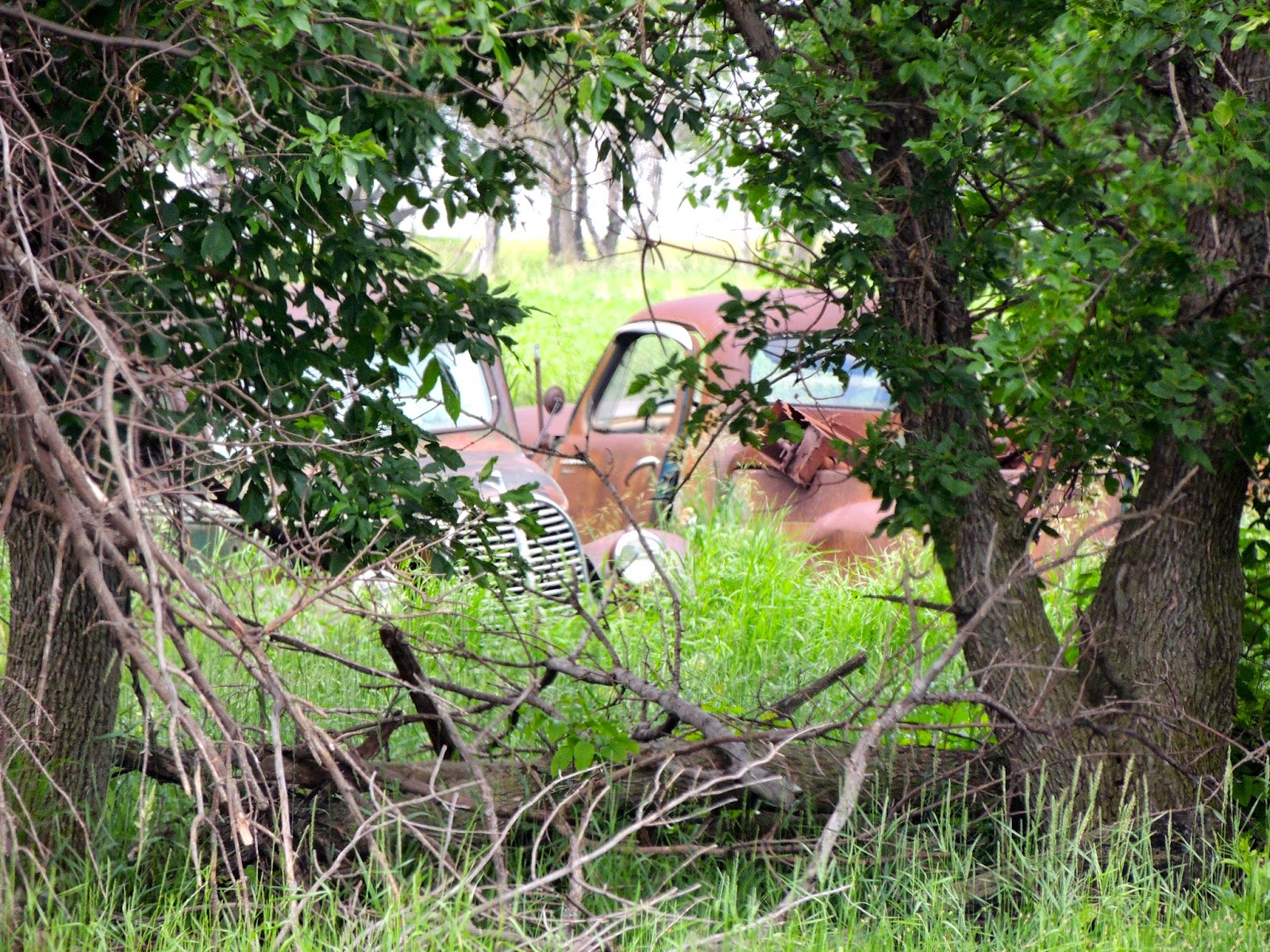 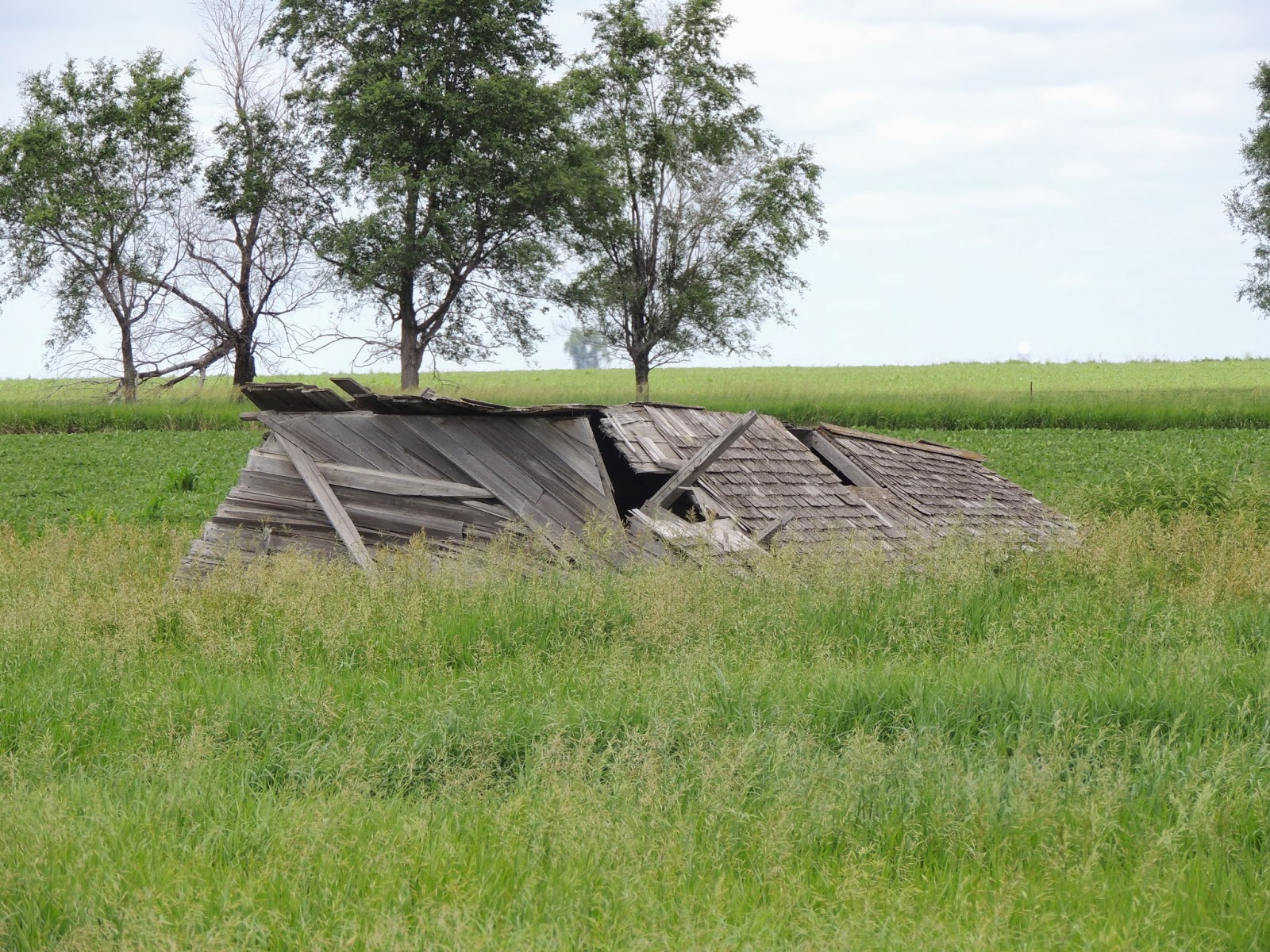 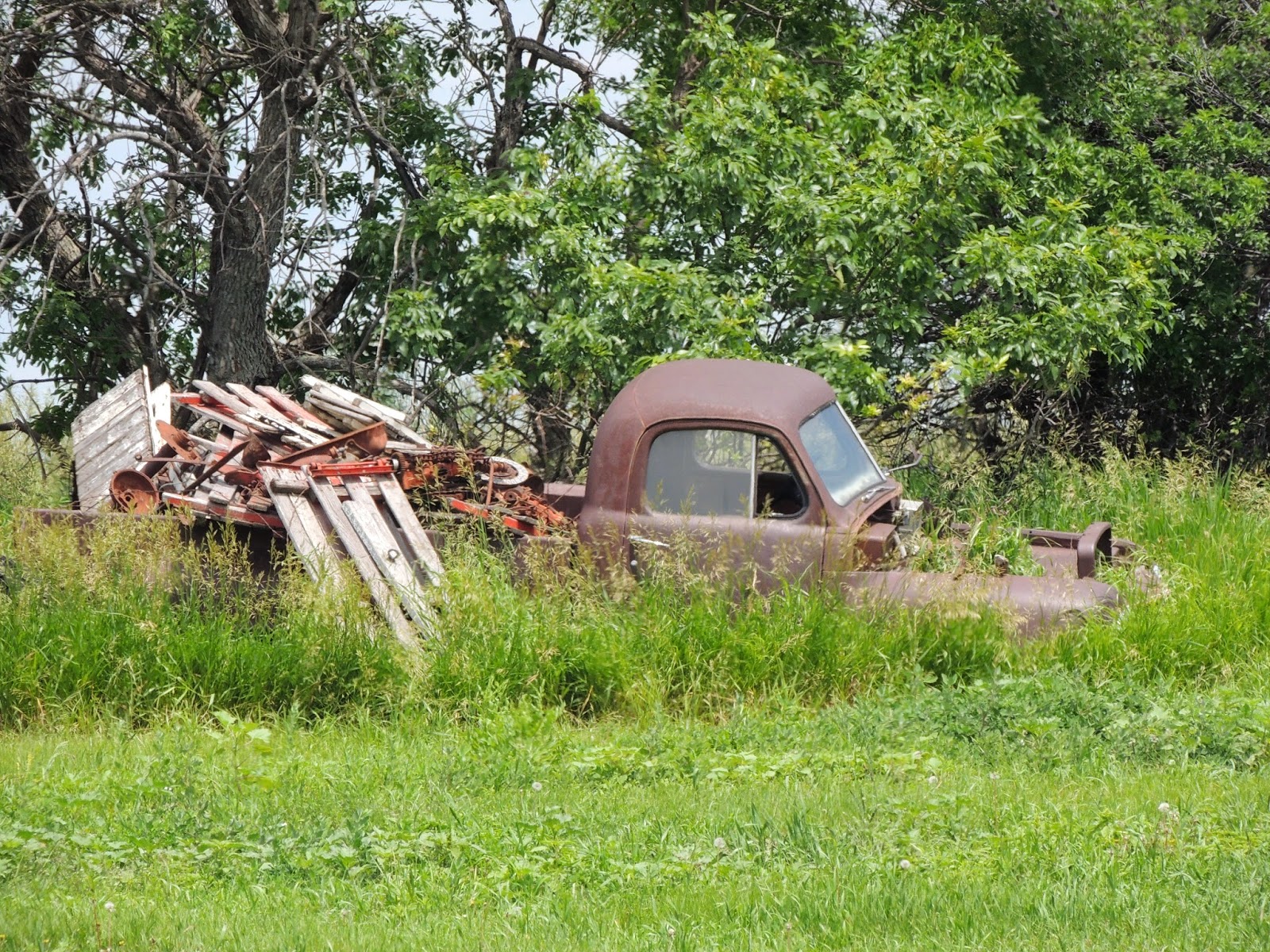 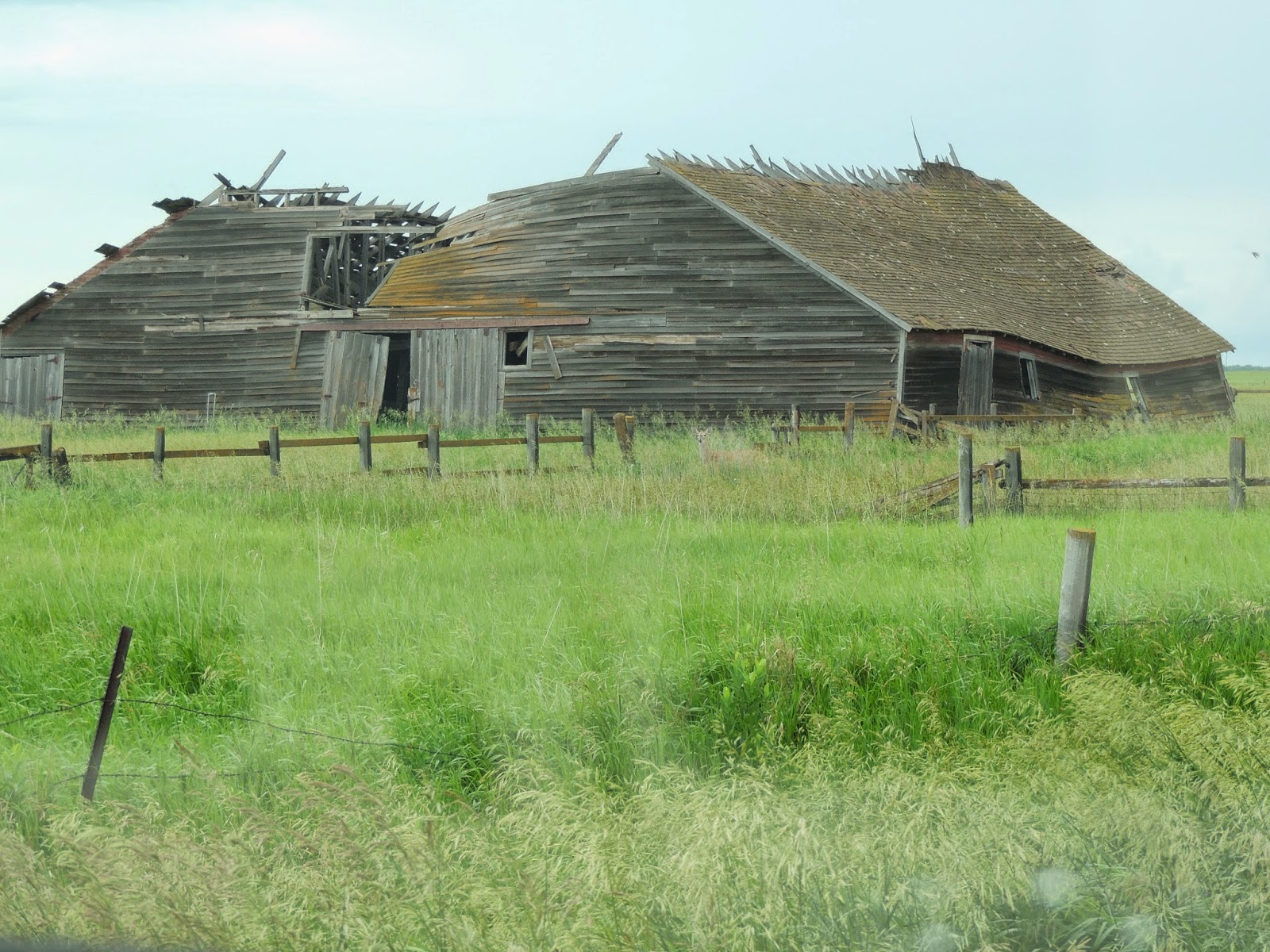 I almost expect to see Laura Ingalls Wilder walk out of this next one. 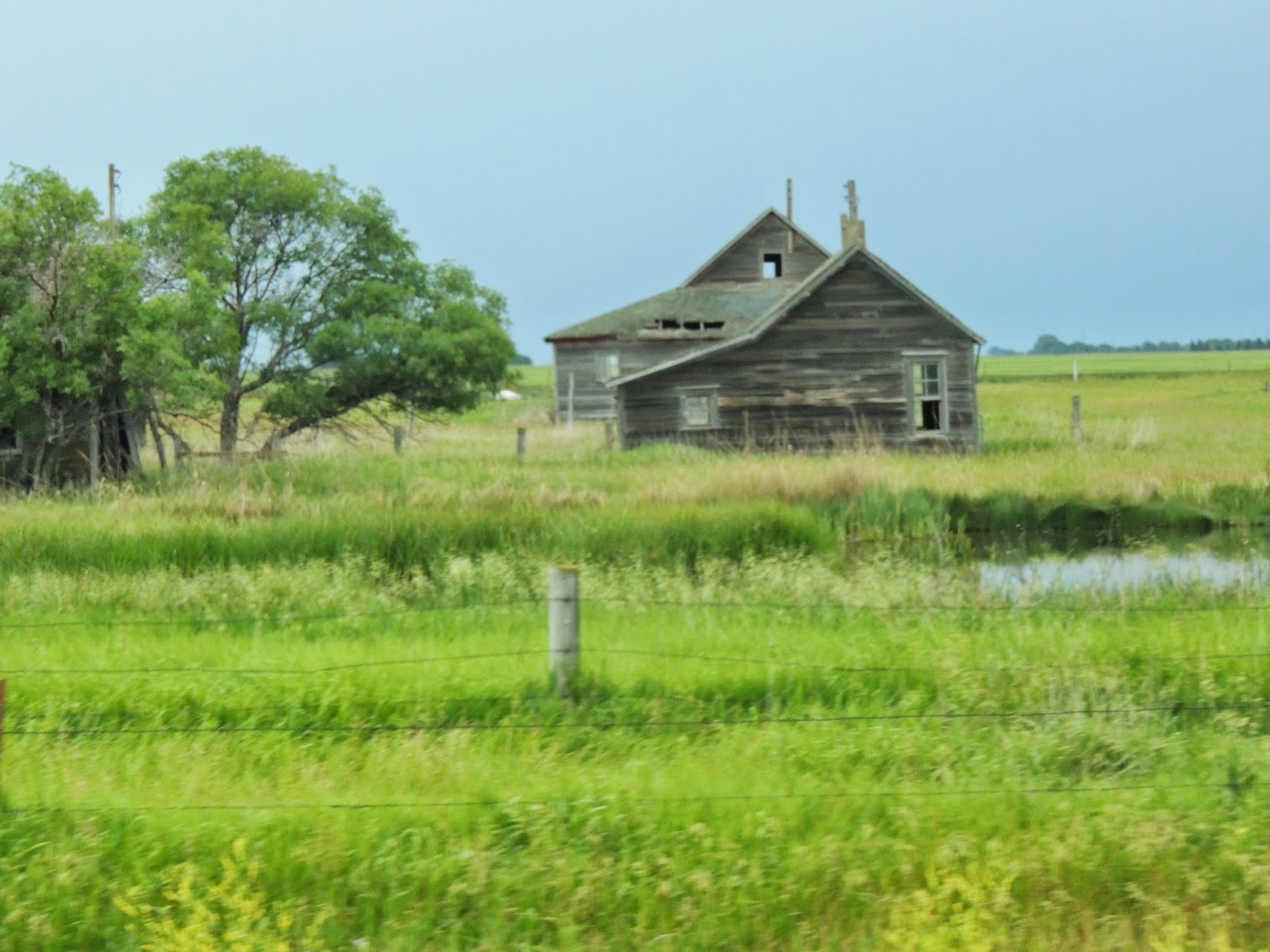 Well, that is all for this post!  Next post will have the Camaro Rally photos from Sturgis.  After that I will have a post to show you what I've been stitching, sewing and what has come back from the framer.