I know I should be stitching right now as this needs to be finished by Friday - Monday at the latest.  This is the Mystery Sampler by With Thy Needle and Thread called Birds of a Feather.  I know I'm a few years behind everyone else getting this done and I'm going to blame it on the pattern being in color which I DETEST!  Honestly if I had known it was a color pattern I never would have purchased it!  This picture is not even close to the colors of the fabric and threads - of which I changed many - but rather just a quick snapshot to show my progress. 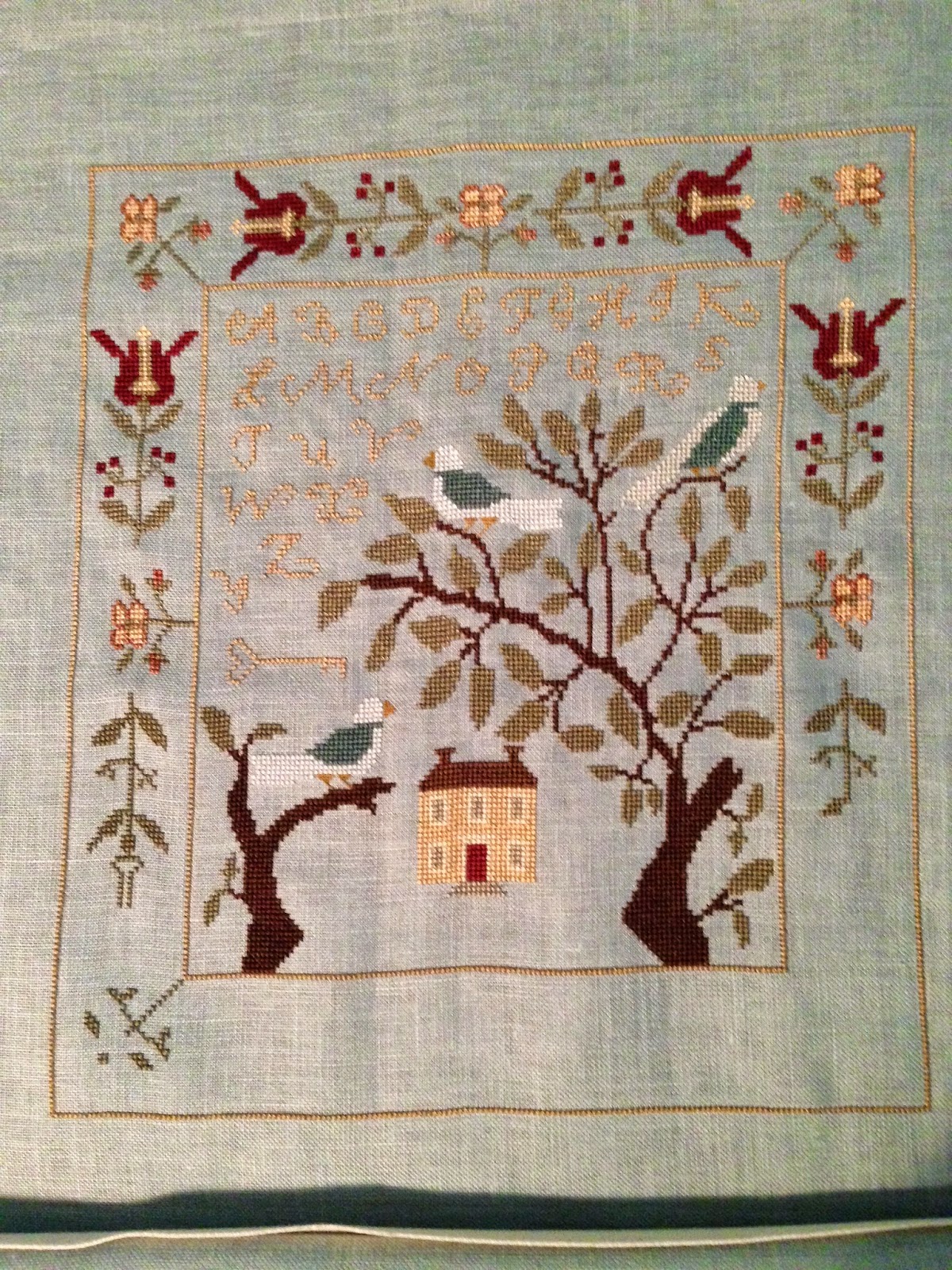 We spent a good portion of Father's Day at the local church car show.  It had been forecasted all week to be a total washout but Father's Day morning the forecast changed to no rain!  Thanks to cloudy skies in the morning the temperatures were pretty comfortable and the car show set a new record for entrants of 183.  Our car did win some award but as Bill left before they were handed out, I'm not sure as yet what it was. 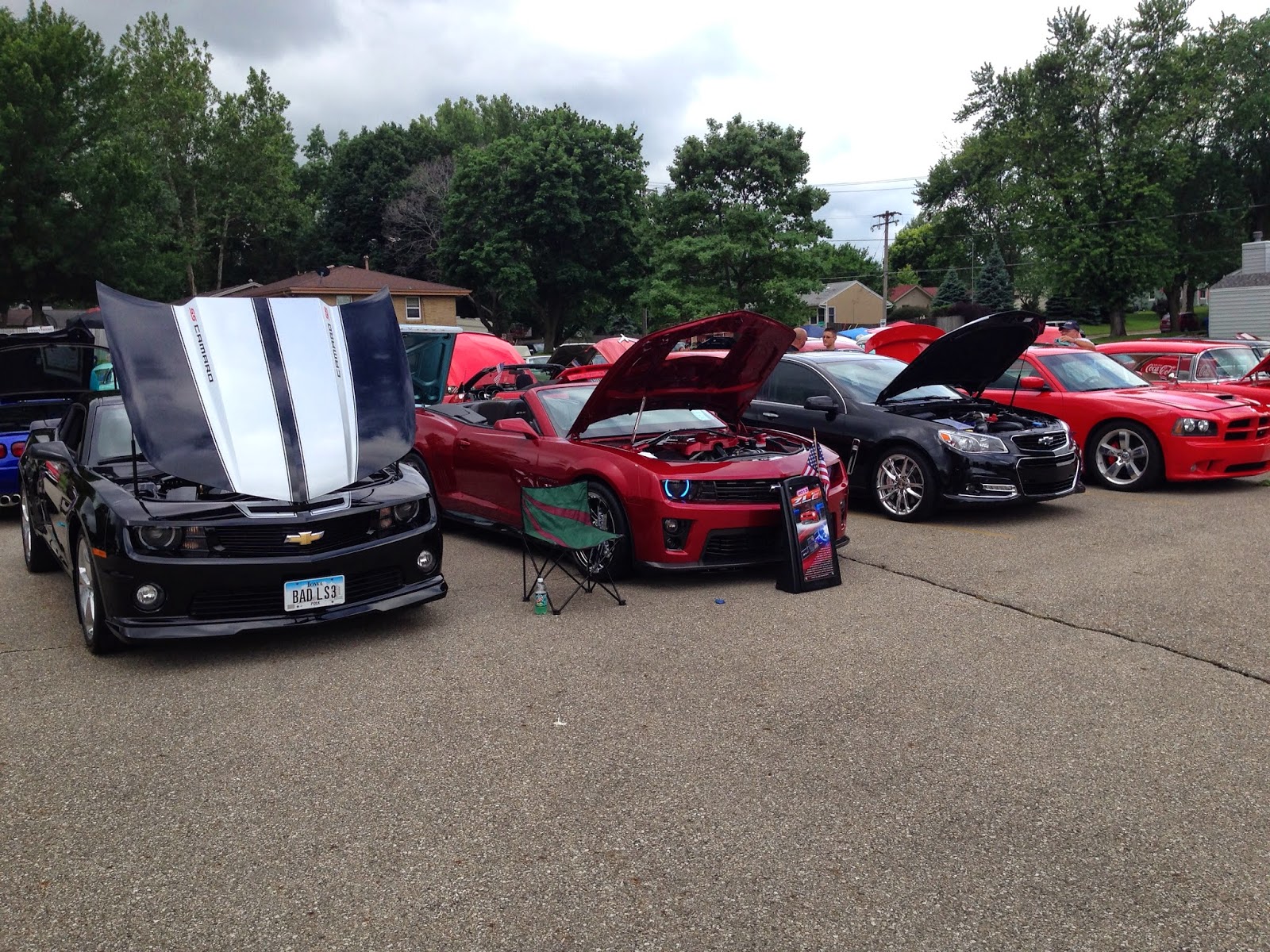 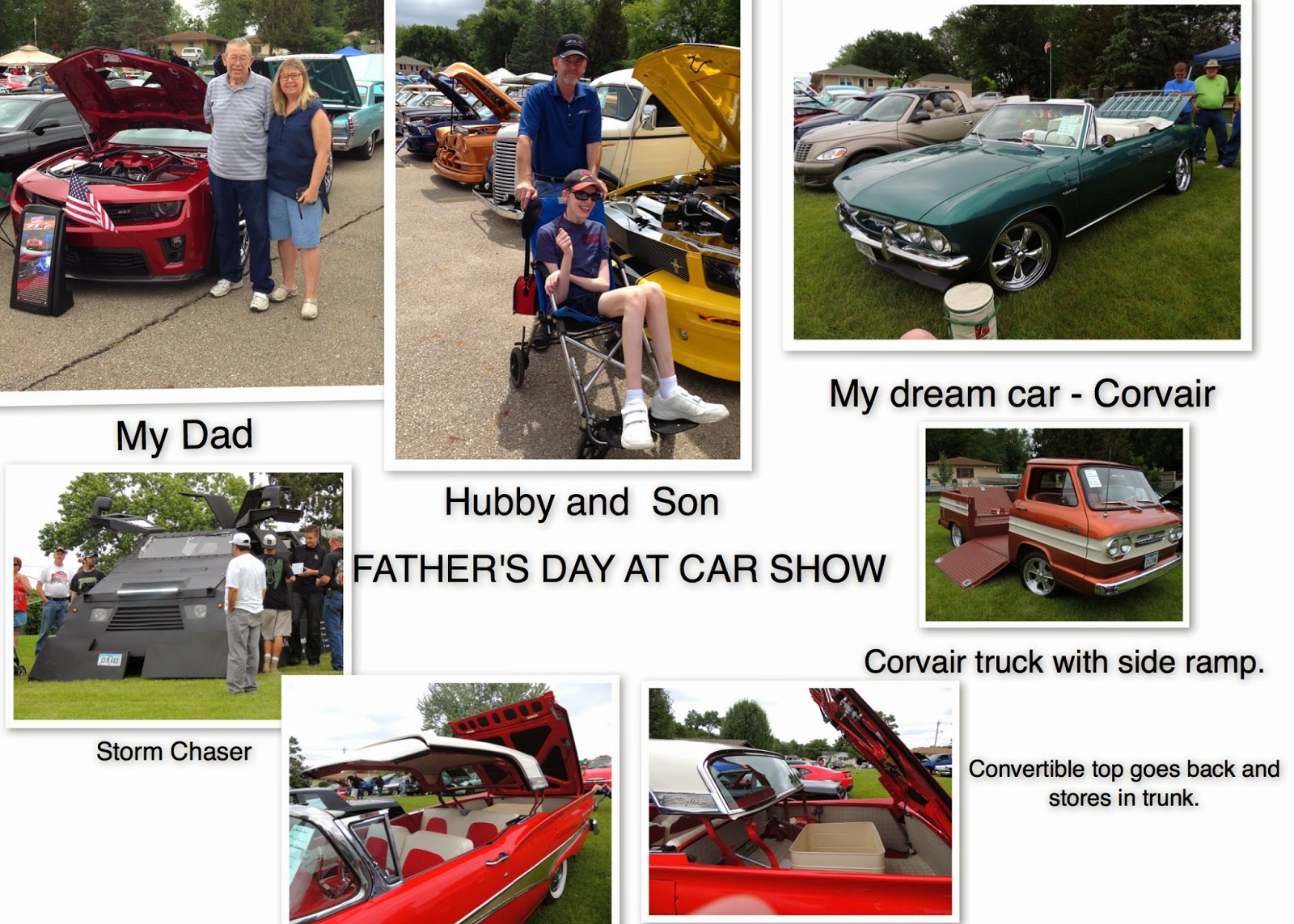 I invited my dad over in the evening to treat the guys to some homemade ice cream using our generations old family recipe.  You can see Keith is checking to make sure the ice cream is churning and eagerly anticipating his bowl.  It turned out perfectly and a bowl was enjoyed by everyone - rumor has it a couple of them had seconds! 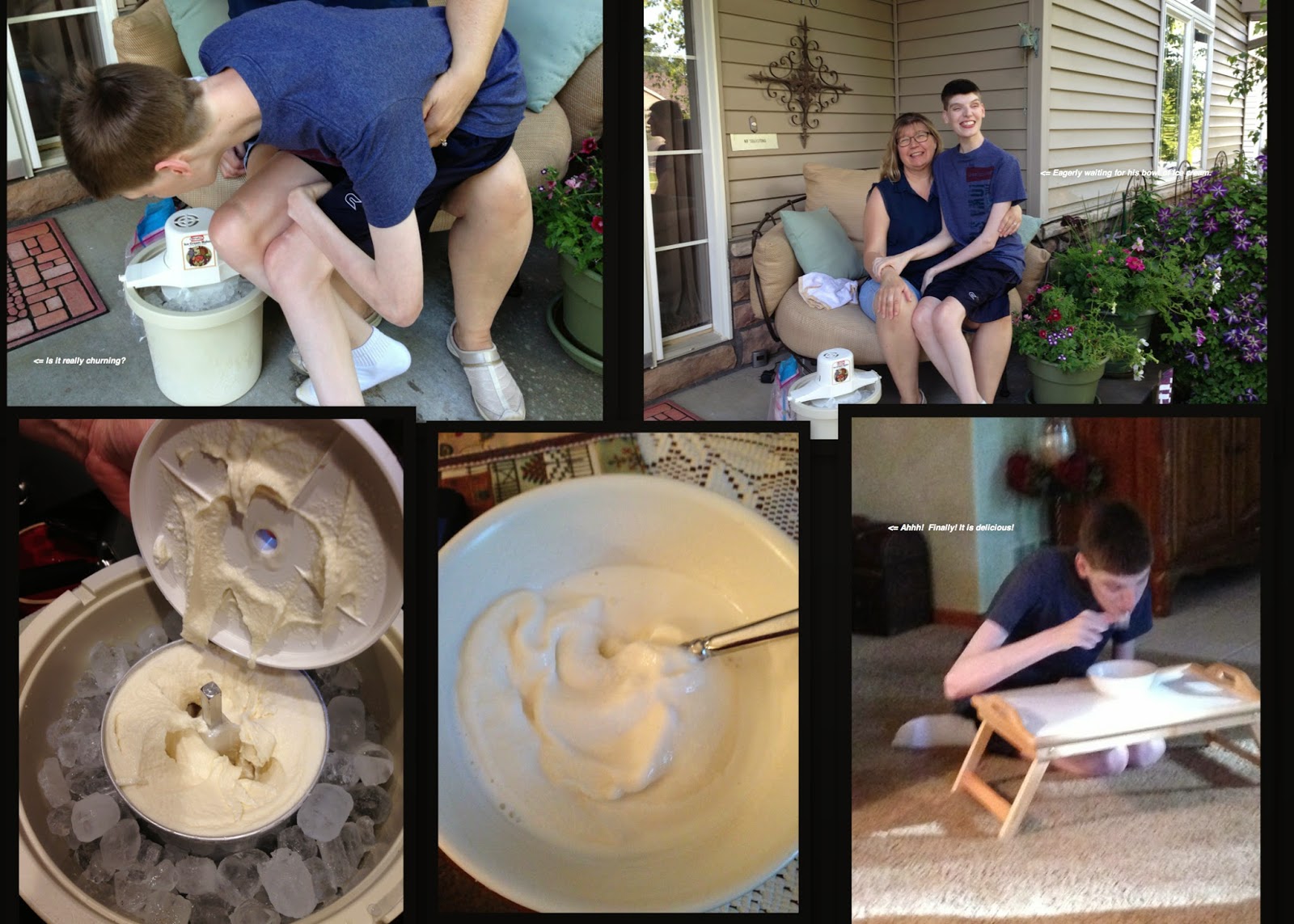 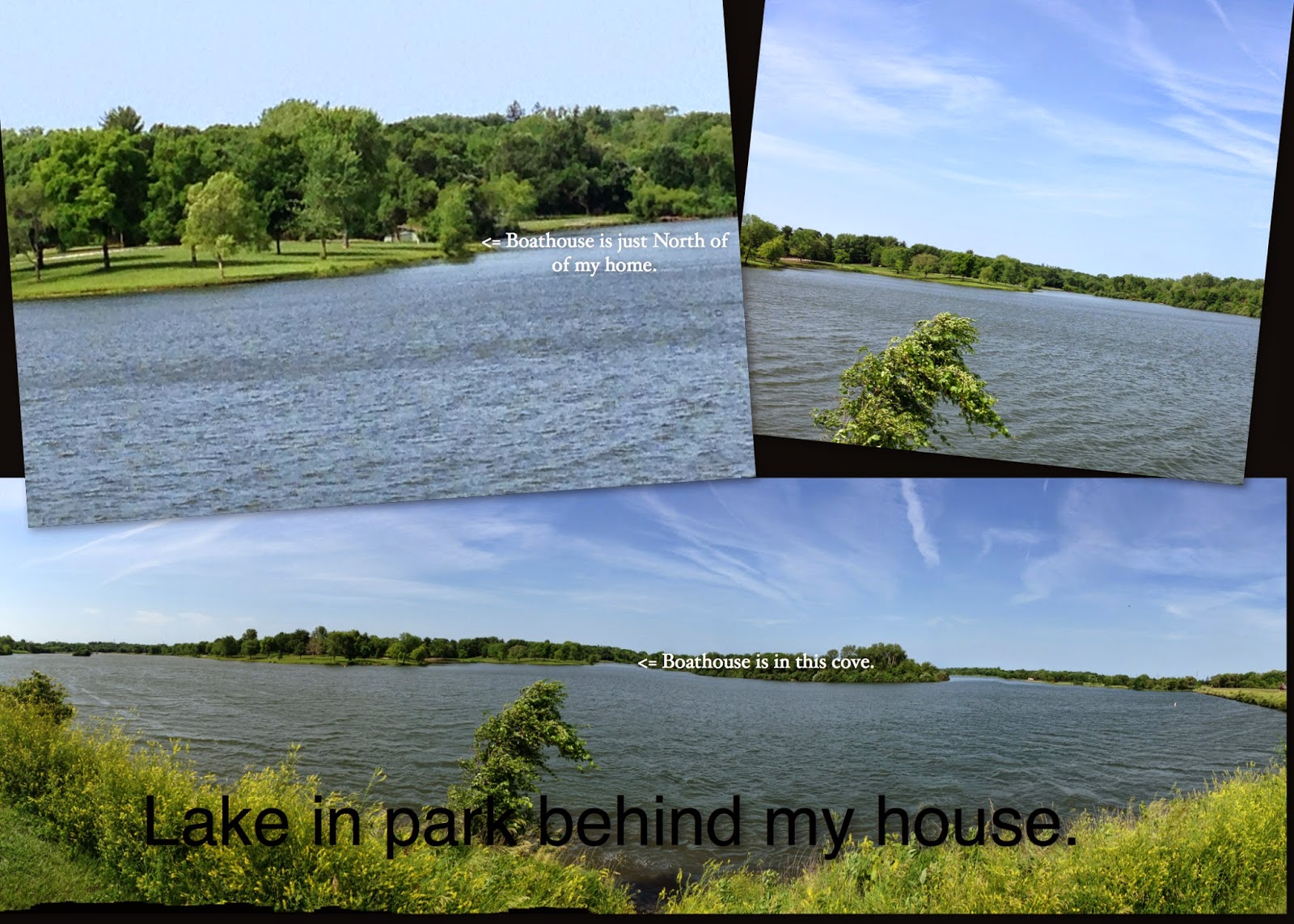 We had quite a ferocious storm here in the wee hours of the morning after a steamy and hot day yesterday.  You can see I'm am drying out cushions at the moment.  I heard the winds at 1:30 AM and not 10 minutes later the tornado sirens went off.  They go off here for strong winds as well as tornadoes and last night it was the strong winds.  I would say 74 mph qualifies as strong winds.  We were lucky and sustained no damage but when I was out running errands I noticed several branches, large trees, and light poles snapped off at the base and on the ground.  Many lost power (thankfully we did not) and a good number of traffic lights were out.  The most dangerous one was where it was stuck on green in both directions instead of blinking red.  In just the time it took me to get through the  intersection there were 3 close calls.  As today is a repeat of the hot and steamy, they are forecasting repeat stormy weather again. 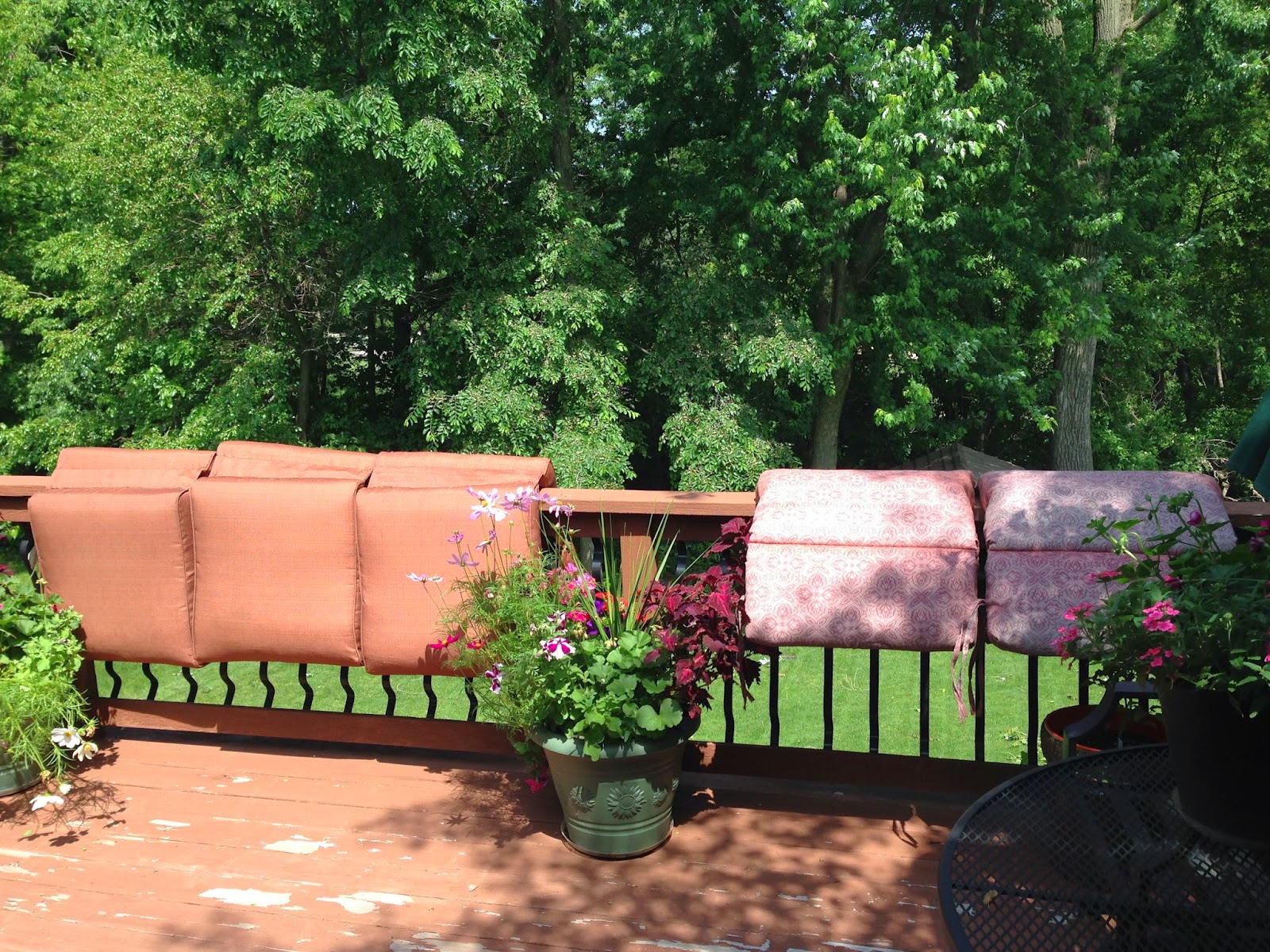 Well, off to get a few things done!